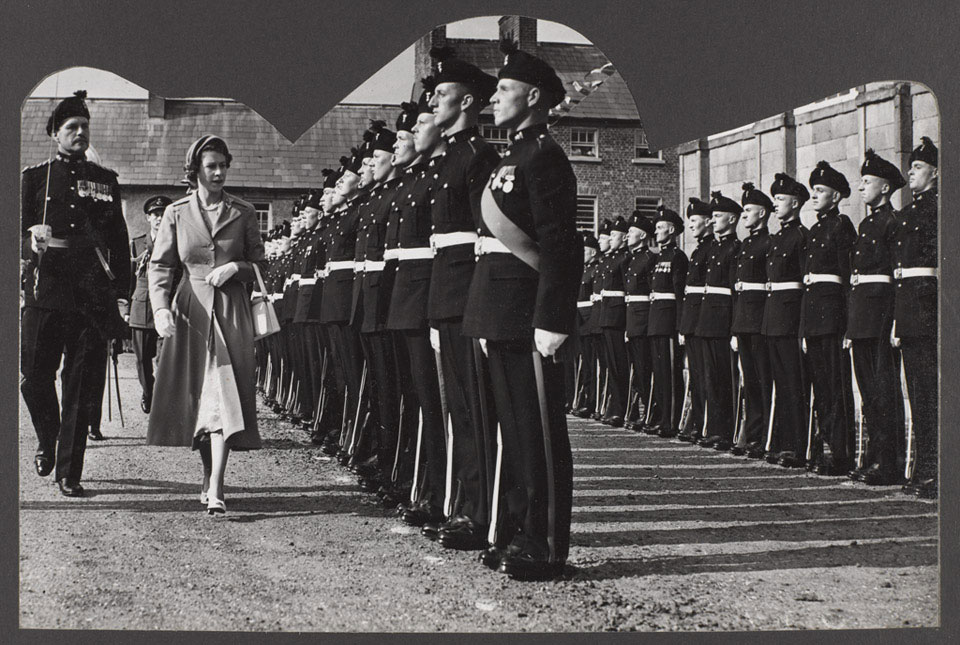 The Queen inspecting the Royal Irish Fusiliers during her Coronation Tour to Northern Ireland, 1953

During Queen Elizabeth II's visit to Belfast in July 1953 over 5,000 Army, Royal Air Force and Royal Navy personnel lined the route of her procession from Queen's University to City Hall. As well as inspecting the Royal Irish Fusiliers, The Queen reviewed thousands of ex-servicemen at the Balmoral Show Ground. The veterans were joined by over 20,000 local children who gave the new monarch a rousing reception.