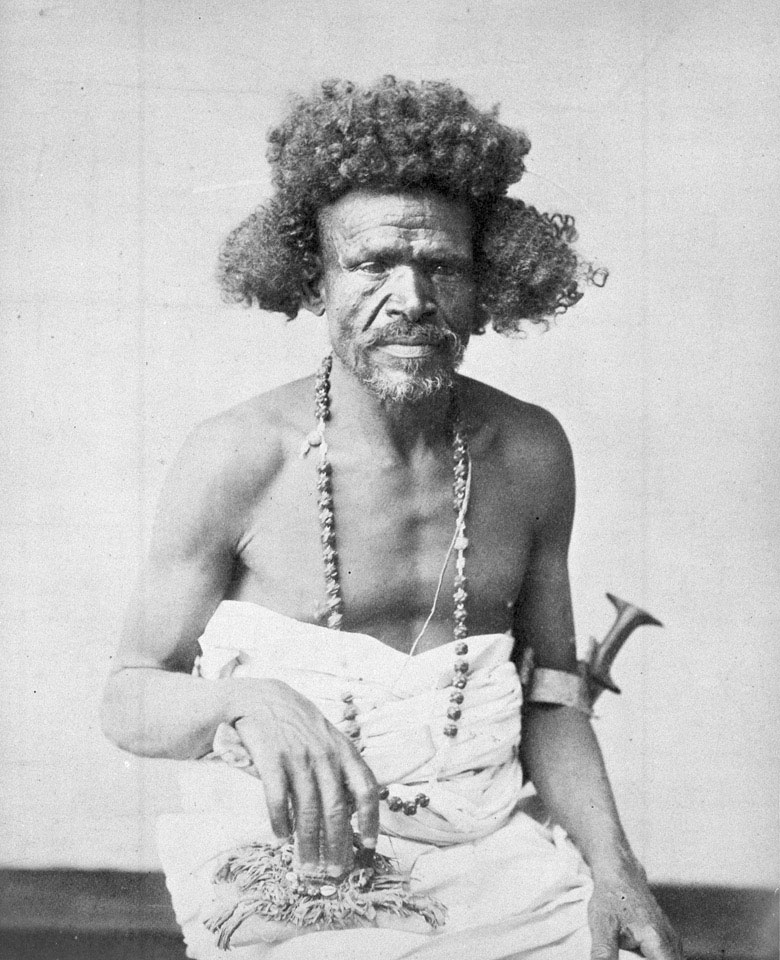 The Beja are a Sudanese tribe that were nicknamed 'Fuzzy wuzzies' by the writer Rudyard Kipling. Writing in the 1880s, he was specifically referring to the Hadendowa, a clan of the Beja who fought the British during the Mahdist uprising. They were famed for their fuzzy hair (called tiffa in their language), to which they attracted great symbolic importance.

From an album of 145 photographs compiled by W S Anderson.