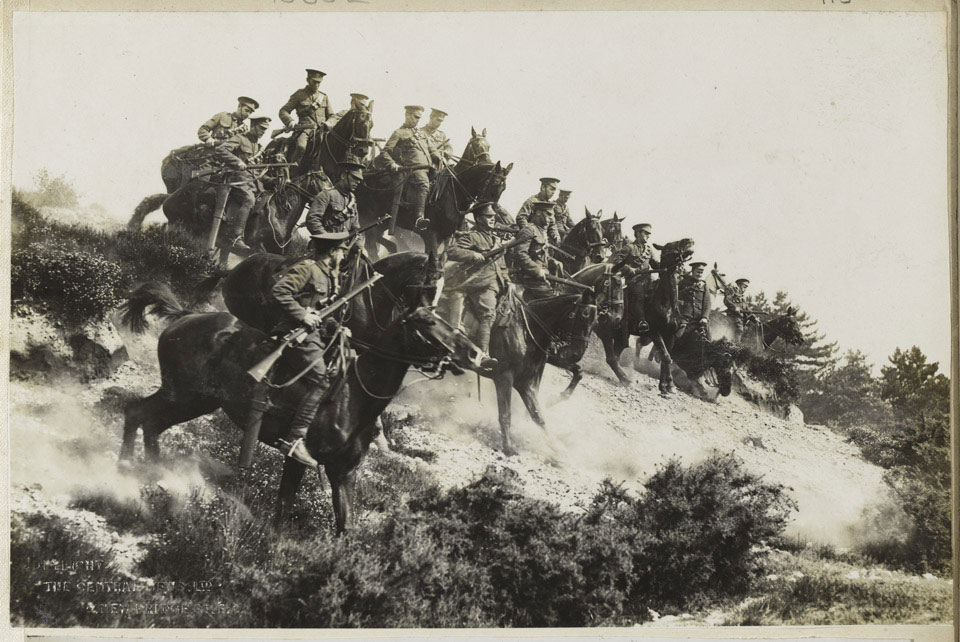 Cavalry duties consisted largely of protection: forming a screen some 1.5-3 km ahead of the advancing infantry and making first contact with the enemy, then discovering and reporting his dispositions and movements. Cavalry could also be moved quickly to a threatened point to strengthen the firing line, or to occupy a position before the enemy could do so and hold it until the infantry arrived. Most of this was mounted infantry work in which the horse was used for mobility only.