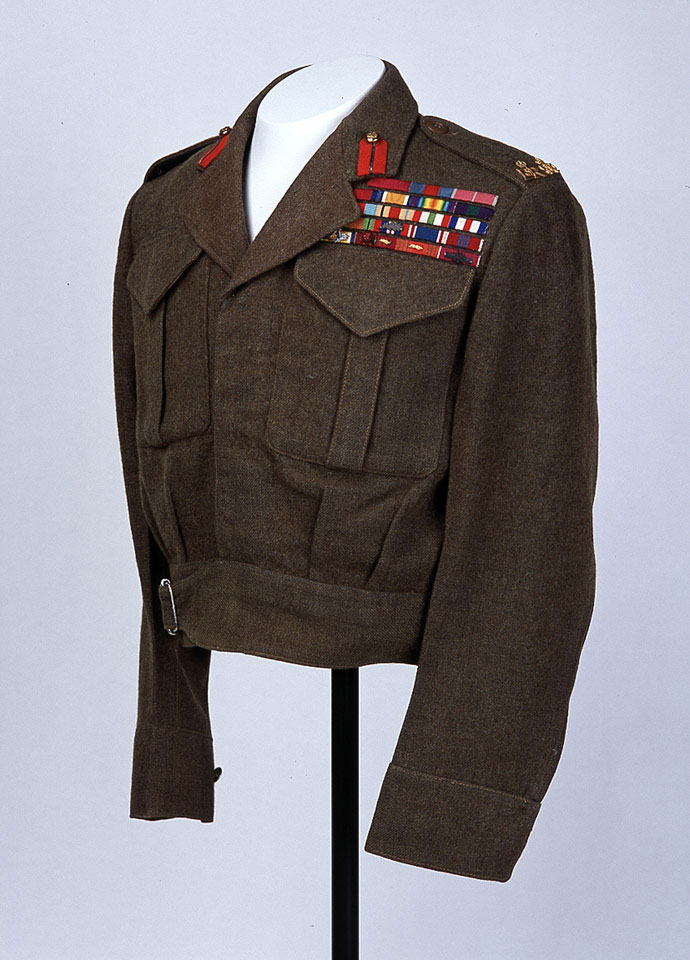 This battle-dress blouse was worn by General (later Field Marshal) Sir Gerald Templer who was aide-de-camp General to King George VI from 30 August 1951 to 6 February 1952, and to Queen Elizabeth II from 6 February 1952 to 29 August 1954. It is decorated with the royal ciphers of both monarchs.

In February 1952, following the assassination of the local High Commissioner, Templer was sent to Malaya to assume control of both the civil government and military operations. There he faced a communist insurgency led by the Malayan Races Liberation Army. Templer combined vigorous military operations against the insurgents' jungle bases with political reforms designed to win the 'hearts and minds' (Templer is credited with coining this phrase) of the racially divided Malayan community. He continued his predecessors' policy of building new settlements for the marginalised Chinese population and promised independence once the guerrillas had been defeated. This won him the support of many nationalists.

He also involved the local population in the fight against the guerrillas by increasing the number of Malay battalions and strengthening the Home Guard raised to defend the new villages. These measures helped unite the population against the insurrection. The campaign was a striking success, and it is still studied today as model of how such operations should be conducted. When he relinquished his post in October 1954, government control over most of the country had been re-established. Templer was appointed Chief of the Imperial General Staff in 1955, and created a field marshal in 1956.