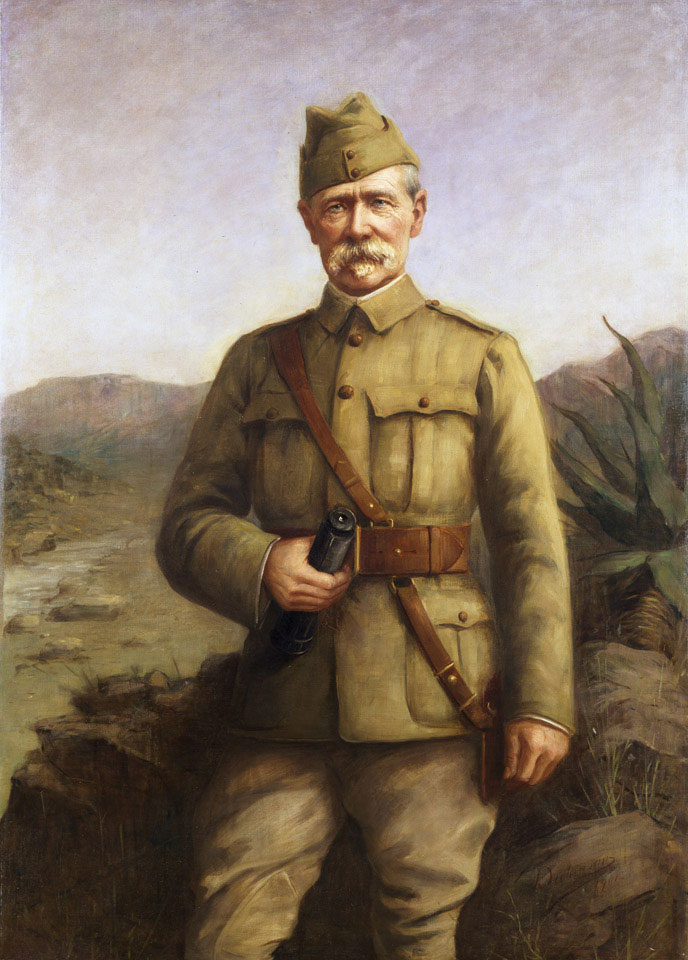 Frederick Sleigh Roberts (1832-1914) was commissioned into the Bengal Artillery in 1851. His subsequent career was spent almost entirely as a Staff officer but he still saw a good deal of active service. Roberts won the Victoria Cross in the Indian Mutiny (1857-1859), but first came to public notice when he led his troops on the legendary 480 km march from Kabul to Kandahar, during the 2nd Afghan War (1878-1880).

After the early reverses of the Boer War (1899-1902), Roberts took over command of the British forces in South Africa. From 18 December 1899, together with his Chief of Staff Major-General Horatio Herbert, Lord Kitchener, he revitalised the British military effort. Aged 68, he finally handed over command to the latter on 29 November 1900.