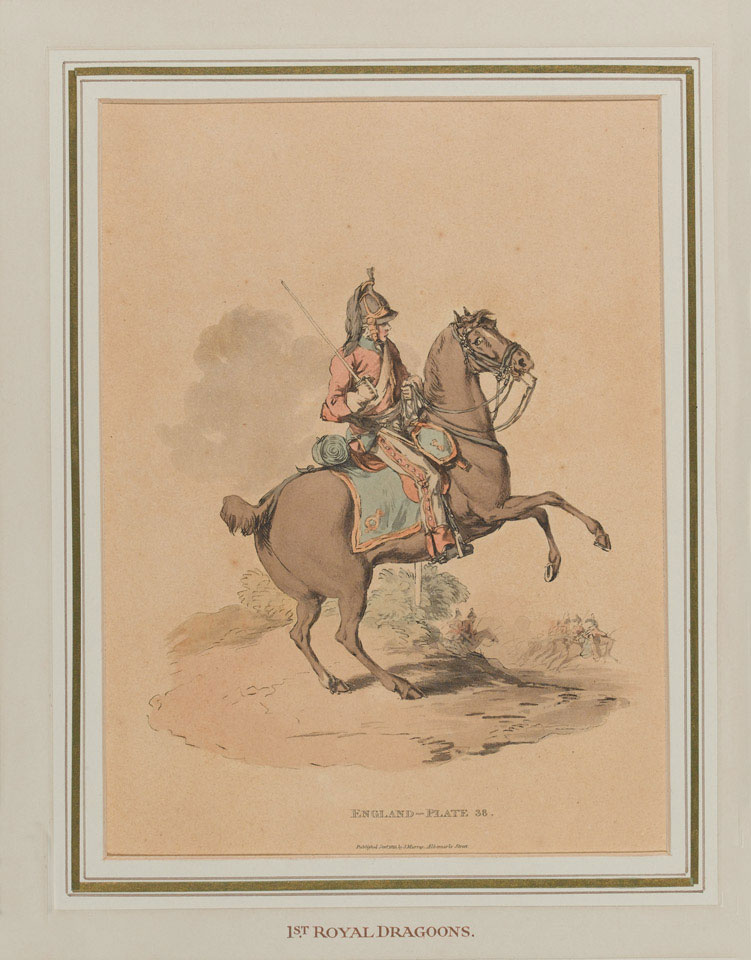 During the Battle of Waterloo on 18 June 1815, the 1st Royal Dragoons took part in the famous charge of the British heavy cavalry brigades against Marshal d'Erlon's infantry and their supporting squadrons of cuirassiers. Initially successful, the two brigades broke the attacking French, but they then lost cohesion and advanced too far. Both the Household Brigade and General Ponsonby's Union Brigade (including the Royal Dragoons) were subsequently mauled by French lancers and sustained heavy casualties.