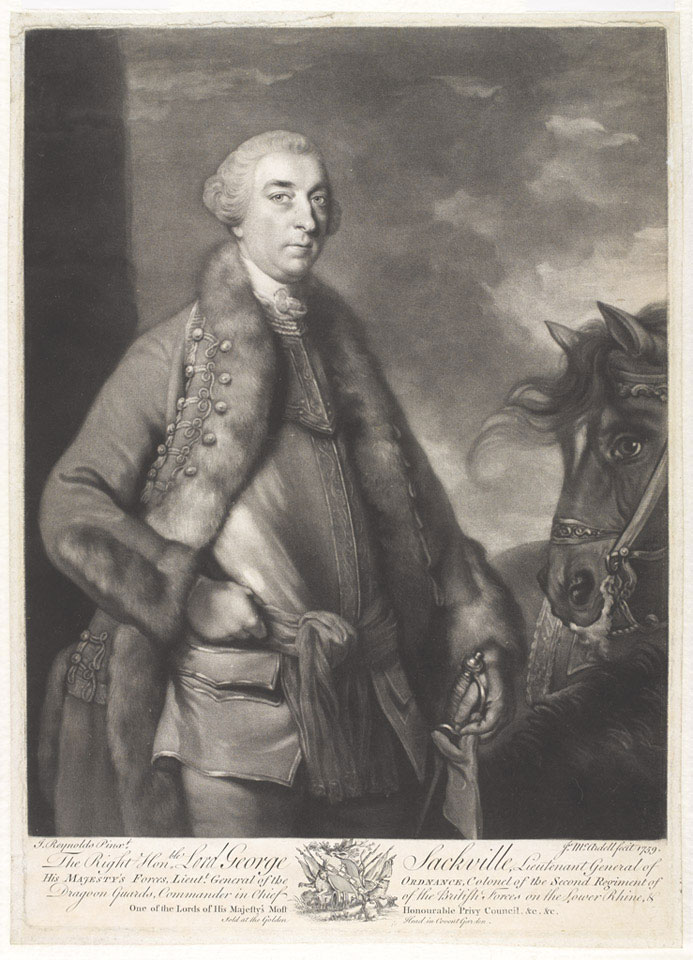 At the Battle of Minden (1759) the British infantry routed the French cavalry, but General Sackville disregarded repeated orders to exploit this success with his cavalry, saying the orders were ambiguous and thick woods blocked his view. He was later court-martialed in disgrace. This was despite the fact that he had earlier shown courage, being wounded at Fontenoy (1745).

Although he tried to defend his actions, Sackville was dismissed by King George II and 'adjudged to be unfit to serve his majesty in any military capacity'. The King humiliated Sackville. He had the court-martial sentence published in Army orders and read out on parade in 'every quarter of the globe where British troops happen to be'.