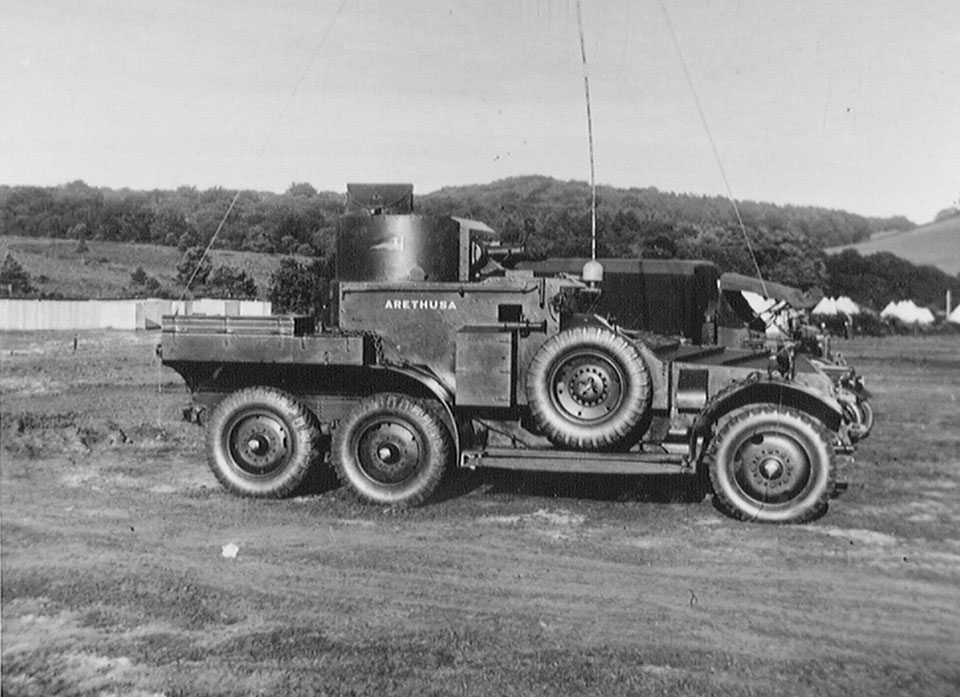 A squadron of the 12th Royal Lancers (Prince of Wales's), commanded by a former Sharpshooter, Major General W G Carr, joined the Sharpshooters in Budleigh Salterton in Devon for training in 1938. The 12th Lancers had given up their horses and were equipped with armoured cars in 1928. The six-wheeled Lanchester was introduced in the late 1920s. It was armed with .5 inch (12.7 mm) and .303 inch (7.7 mm) Vickers machine guns in a dual mount.