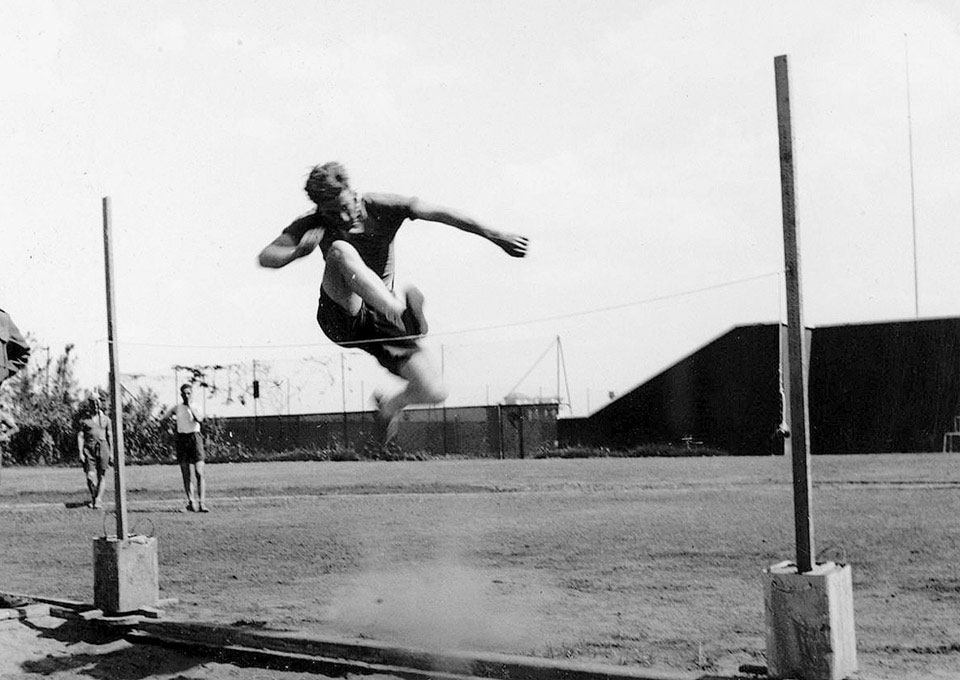 A high jump competition taking place at a sports club in Cairo.

In the past, the Amateur Athletics Association (AAA) regularly barred athletes if they had previously competed for financial rewards, no matter how small. In Army circles, this rule mainly affected other rankers and NCOs. Most officers could afford to compete purely for fun and were thus still eligible for AAA events. It was only in the years after World War One that these restrictions were relaxed.

In early 1943 the Sharpshooters were out of the line re-fitting and training. The unit was re-equipped with six pounder Crusader and Sherman tanks after suffering heavy losses in the previous year's Gazala battles. The regiment stayed in and around Cairo training until July 1943 when they embarked for the landing on Sicily.