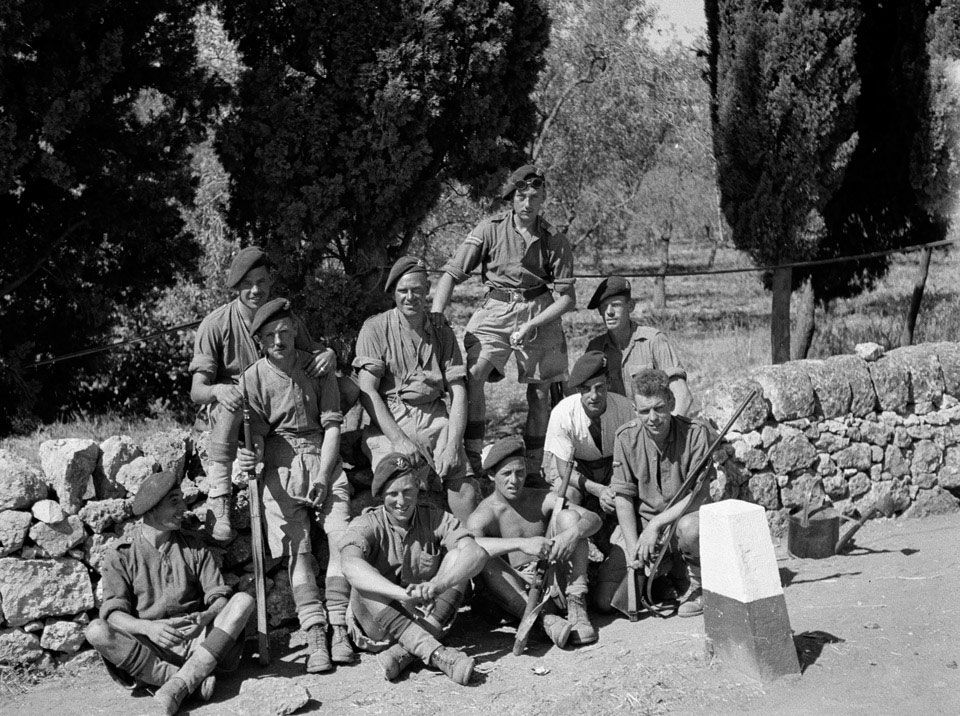 Group of paratroopers near Syracuse, 1943

British troops of 1st Airborne Division were tasked with capturing key bridges and ports in Sicily ahead of the main Allied invasion force. This would prevent the enemy from escaping into Italy across the Messina Straits. The strong winds blew the dropping aircraft off course and scattered the paratroops widely. Only 12 of 1st Air Landing Brigade's gliders landed on target, but the men rallied and attacked targets of opportunity such as patrols and supply convoys.