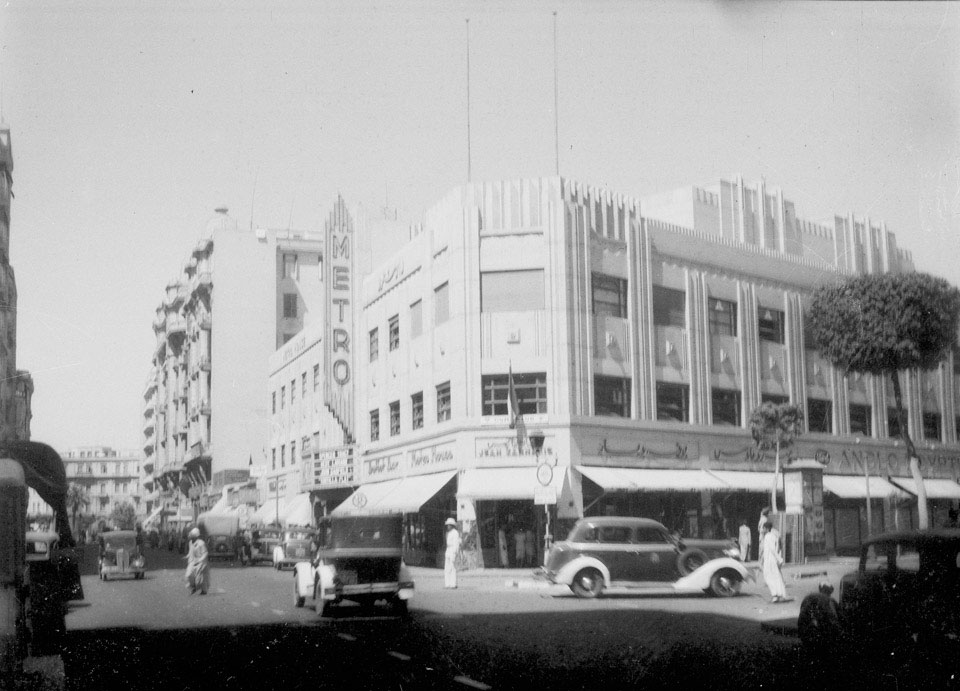 In early 1943 the 3rd County of London Yeomanry (Sharpshooters) were moved to Cowley Camp at Mena near Cairo where they undertook routine training.

The Metro Cinema, on Soliman Pasha Street (now Talaat Harb Street), opened in 1940 with the Egyptian premier of 'Gone with the Wind'. The Art Deco building, designed by New York architect Thomas Lamb, was bombed by the Muslim Brotherhood in 1947. It was finally destroyed by fire during the 'Black Friday' riots in January 1952, part of the civil unrest directed against British occupation.