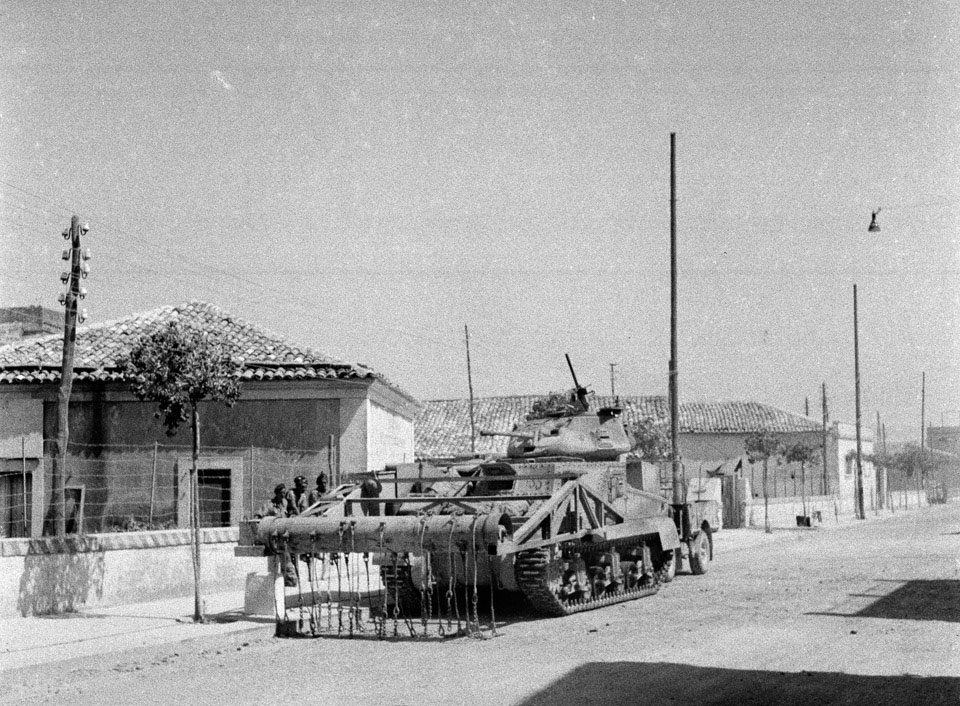 A General Grant Scorpion flail tank in a Sicilian street, 1943

The mine flail was a tank-mounted device that made a safe path through a mine field by deliberately detonating mines in front of the vehicle with its chains. The General Grant was the British name given to the American-made M3 tank. A small number of Grant Scorpions were produced and several were used during the latter stages of the North African campaign and during the Allied invasion of Sicily.