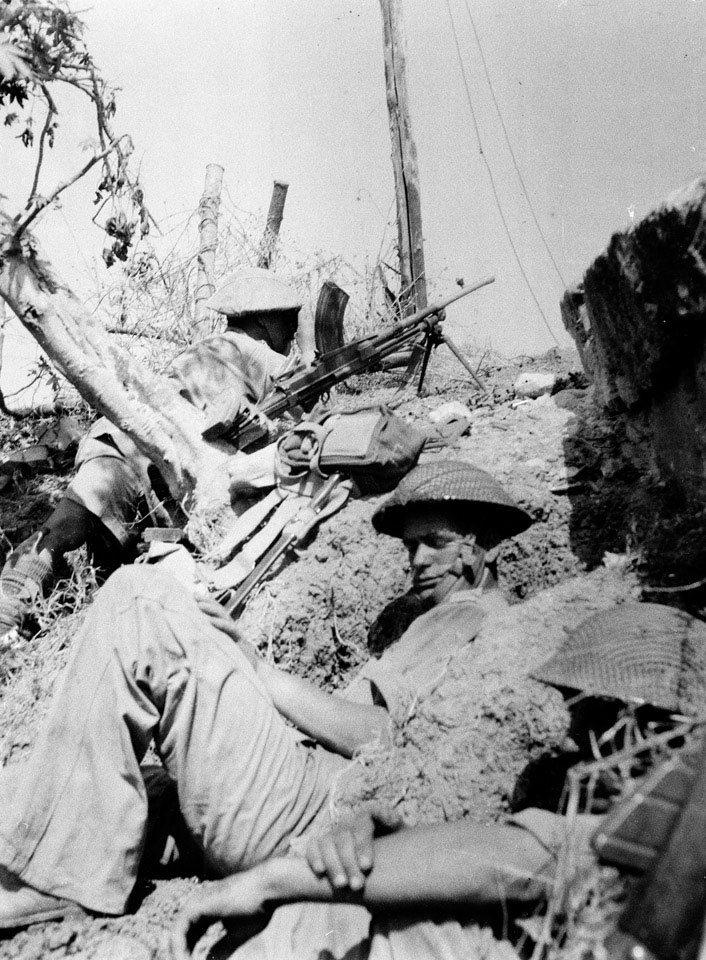 British infantry in action to the north of Primasole Bridge, Sicily, July 1943

Members of 15th Infantry Brigade engage Italian and German forces during their drive towards Catania. The figure in the background is armed with a Bren Gun. This weapon was the centre of a British platoon's firepower during World War Two. A gas-operated weapon, it used the same .303 ammunition as the standard British rifle, the Lee-Enfield, firing at a rate of between 480 and 540 rounds per minute (rpm), depending on the model.