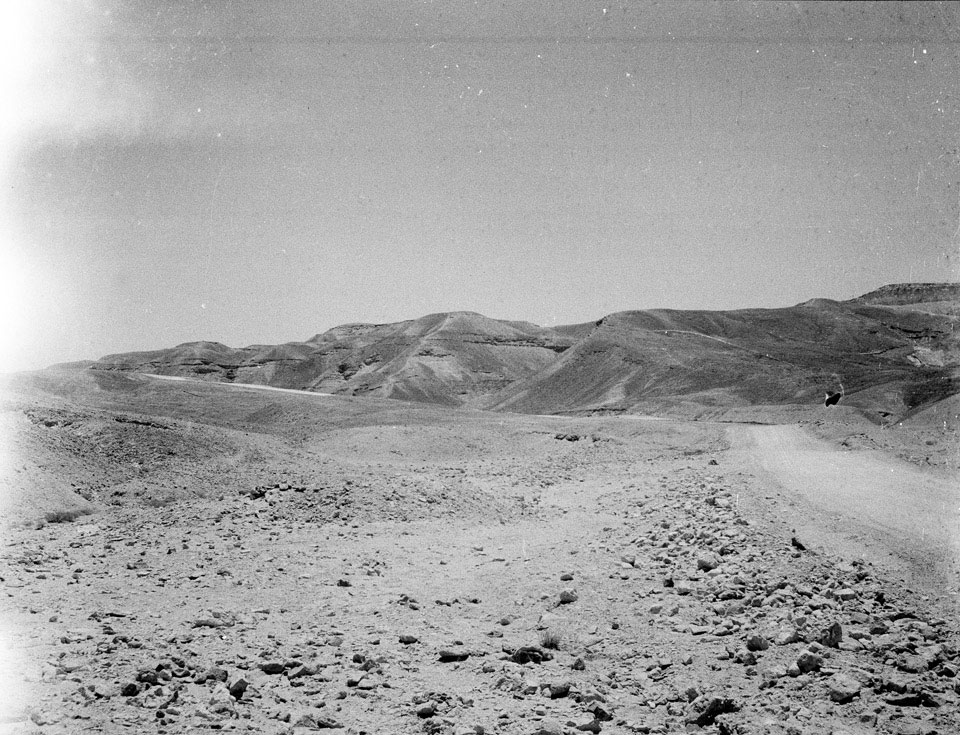 'Desert near Maadi during a TEWT', Egypt, North Africa, 1943

In early 1943, the 3rd County of London Yeomanry (Sharpshooters) were moved to Cowley Camp at Mena near Cairo. Maadi, a suburb of Cairo, was a centre for interrogation as well a training facility for British and Commonwealth troops. While in Egypt, the Sharpshooters undertook routine training as well as TEWTs, Tactical Exercises Without Troops.