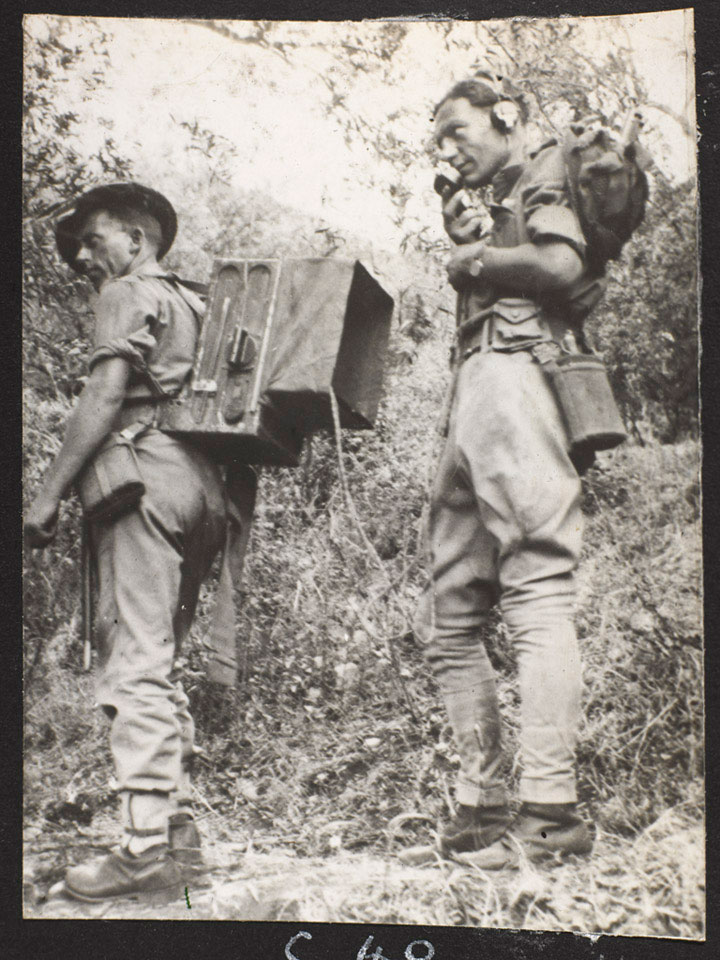 One of the standard British wireless sets of World War Two, the No. 18 set was a man pack transceiver developed for short range infantry communication. Major Crocker was killed in action on 3 November 1943 at the Second Battle of San Salvo, having been awarded the Military Cross at Centuripe in Sicily the previous August for 'conspicuous gallantry and leadership'.