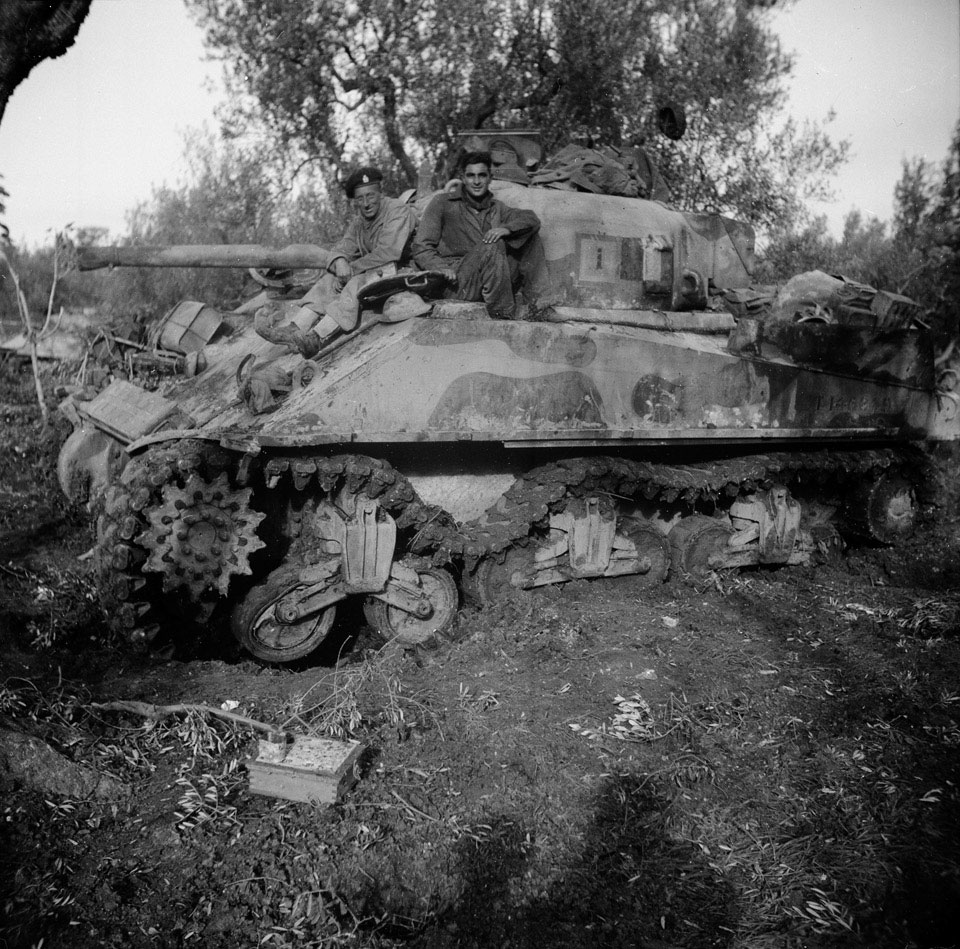 A Sherman of 3rd County of Yeomanry (Sharpshooters) damaged after hitting a mine, 1943

Two members of the regiment sit on their tank which has lost a caterpillar track after driving over an anti-tank mine. As the Germans retreated in Italy they laid millions of mines as part of their defensive strategy. The latter took a heavy toll on Allied tanks and by 1945 the US Army recorded that mines were responsible for over 20 per cent of tank losses.