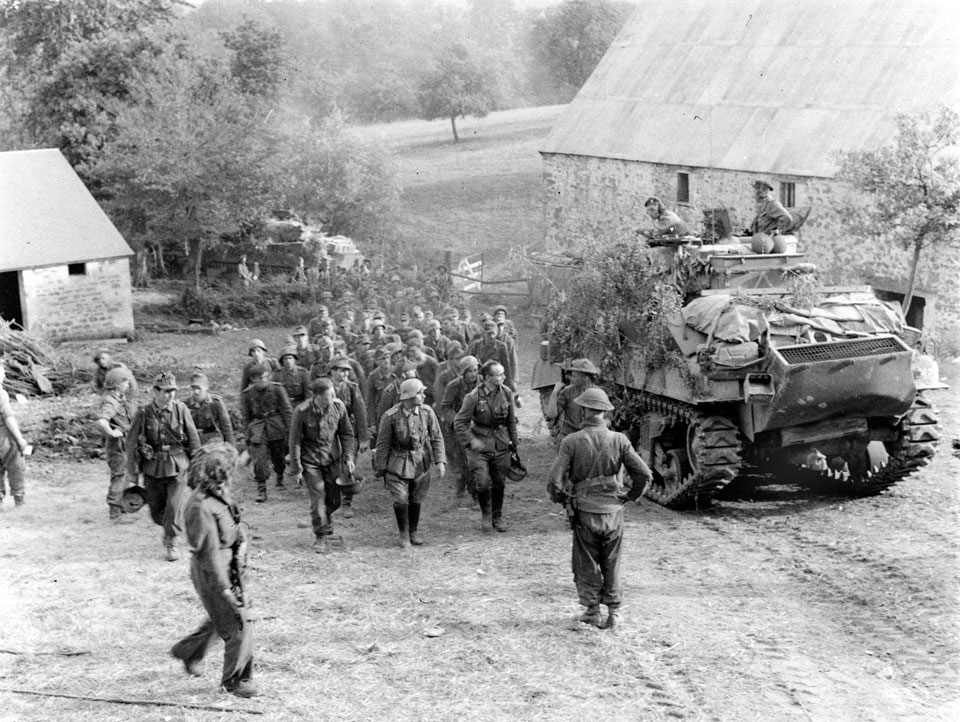 'German prisoners coming in north of the Falaise pocket', 1944

German prisoners marching past a Sherman tank of 3rd/4th County of London Yeomanry (Sharpshooters) near Falaise in Normandy. They were captured during the Allied attempts to encircle and destroy the German Seventh Army and Fifth Panzer Army.