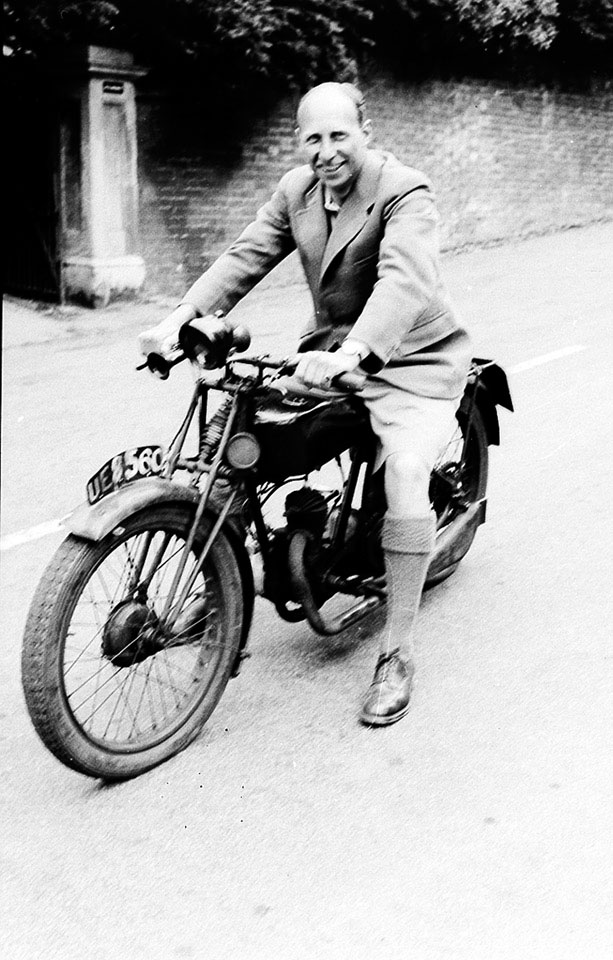 Lieutenant Gavin Carew, in civilian clothes, astride a motorcycle.

The unit's initial road and rail move to Westbury in Wiltshire occurred at the end of May 1941. According to the unit's war diary, on 1 June 1941, the Sharpshooters numbered 40 officers and 589 other ranks. It was equipped with 22 Cruiser tanks (including Marks VI, V and VIa), 26 light tanks, 10 scout cars and 7 personnel carriers, along with around 65 soft-skin vehicles and 17 motorcycles. The 3rd County of Yeomanry undertook training at Westbury until mid-August. It then moved to Avonmouth and embarked on the voyage to North Africa.