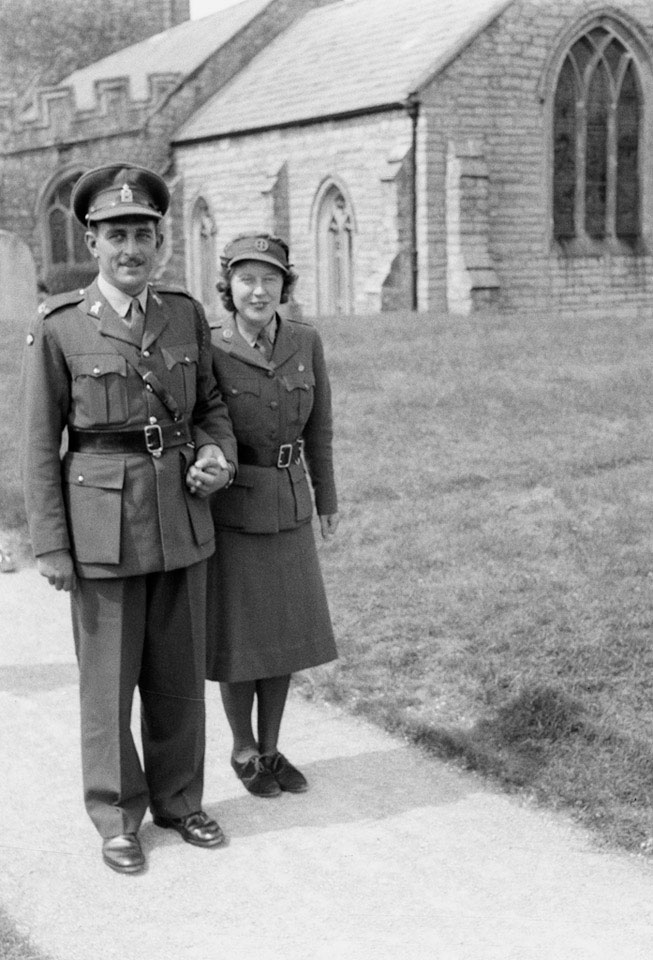 The wedding of Charles Rich, an officer with the 3rd County of London Yeomanry (Sharpshooters), probably in Wiltshire, 1941.

From the Home Counties the Sharpshooters moved to Westbury in Wiltshire. The unit's initial road and rail move occurred at the end of May 1941. Sale took a lot of photographs at Westbury, documenting the Sharpshooters' final period of training before being deployed overseas. Sale shows the unit working on physical fitness, vehicle maintenance, weapons training and tactics.