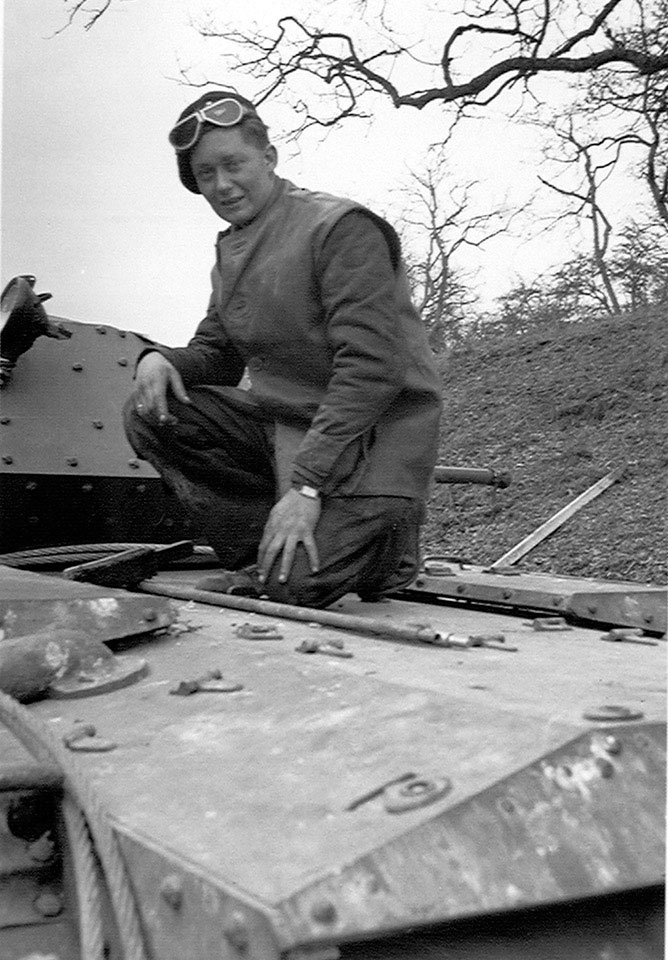 Doug Clancey, a squadron leader's driver, sits on the rear of an A15 Crusader Mark I tank during training at Parham. Clancey wears a leather jerkin over his uniform. This garment was introduced as an alternative to the greatcoat in World War One. Unlike the greatcoat, the jerkin provided soldiers, and particularly vehicle and tank crews, with an additional layer of protection against the cold and wet without the loss of manoeuvrability.

Sergeant Douglas Allen Clancy, aged 23, was killed in action on 27 November 1941 in Libya during Operation CRUSADER.