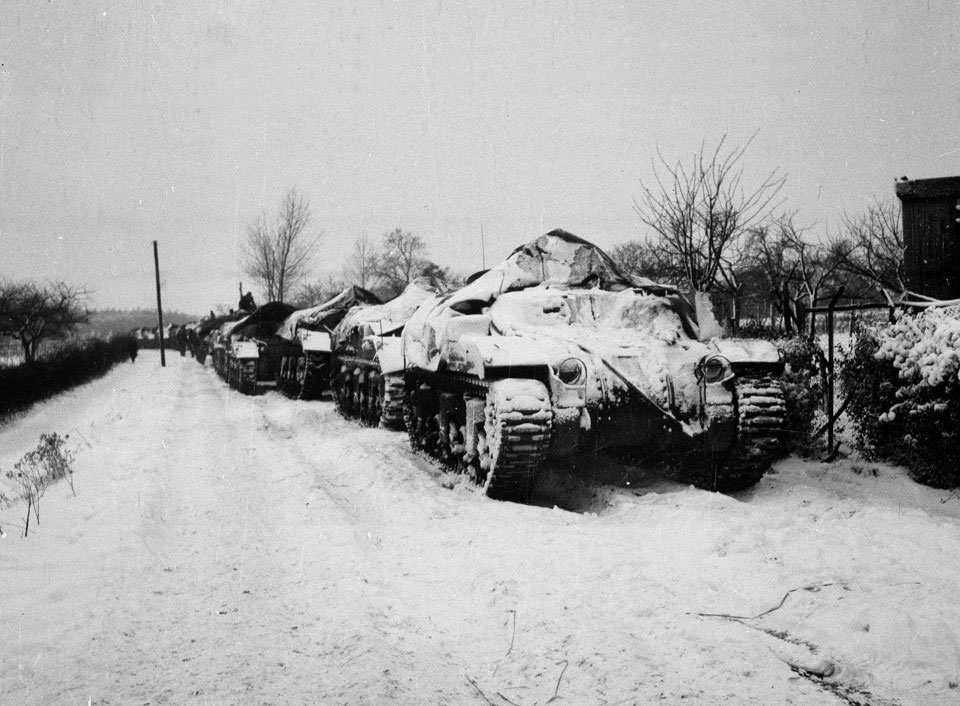 Kangaroos of the Canadian Army formed up after the Battle of Wanssum in the Netherlands, 1945

The Kangaroo was a Canadian armoured personnel carrier (APC) based on a converted tank chassis. The majority of vehicles converted were Canadian Ram tanks or Shermans. The armoured Kangaroo gave infantry more protection than the standard Commonwealth Bren Carrier and thus proved more suitable for infantry units accompanying tanks into battle.

An appendix in the unit's war diary records the Sharpshooters involved in an operation against German forces in the Wanssum area on 6-8 January 1945. During the attack their tanks supported Kangaroos of the 1st Canadian Armoured Personnel Carrier Regiment, part of 79th Armoured Division. The armoured vehicles had to contend with both icy conditions and German mines which knocked out several carriers.