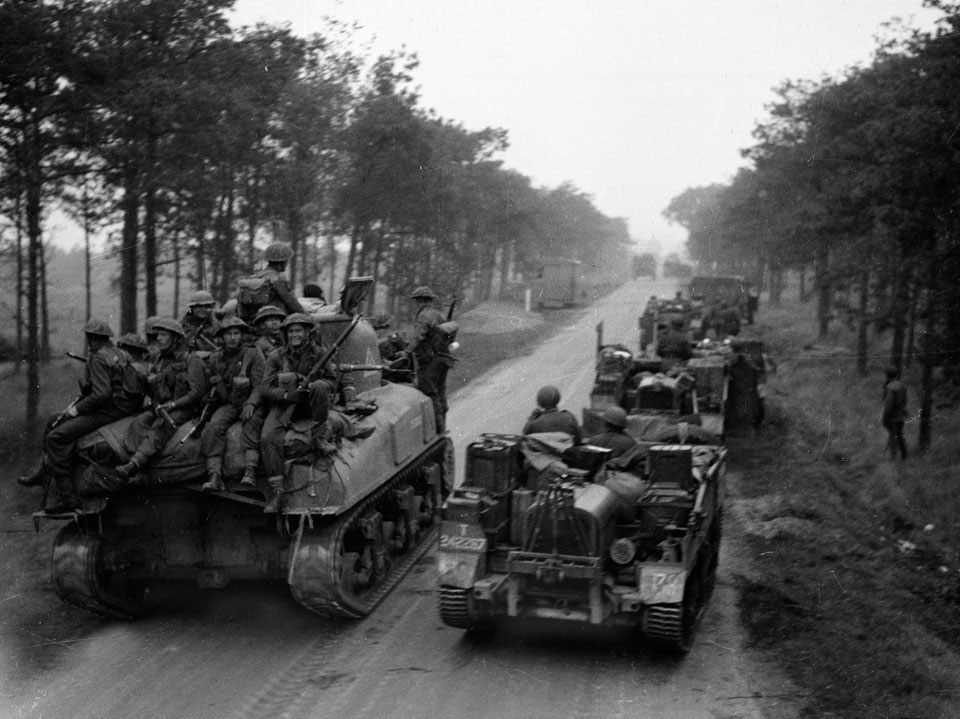 Units of the Dutch Brigade moving up to the attack, 1944

The Prinses Irene Brigade, formed in February 1941, landed in Normandy on 6 August 1944. Its personnel included soldiers who had escaped from the Netherlands in 1940 and Dutchmen from Canada, the United States, the Middle East, South America and South Africa. It fought in France and Holland with the 1st Canadian Army and the British 2nd Army.