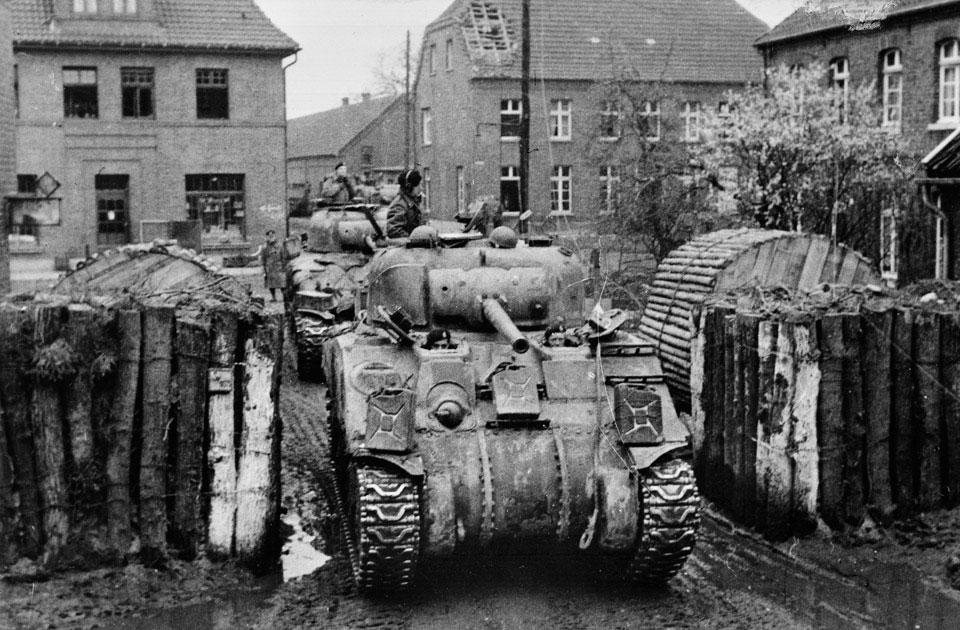 A Sherman tank of 3rd/4th County of London Yeomanry negotiates its way through a barricade in Hamminkeln in North Rhine-Westfalia. The war diary of the Sharpshooters records 'A' Squadron in Hamminkeln on 26 March 1945. The squadron were fighting with the Royal Scots Fusiliers, supported by 4th Royal Horse Artillery. The diary records a claim of over 200 prisoners taken, fifteen vehicles and one 88 mm gun destroyed or captured, at the cost of two killed and one wounded.