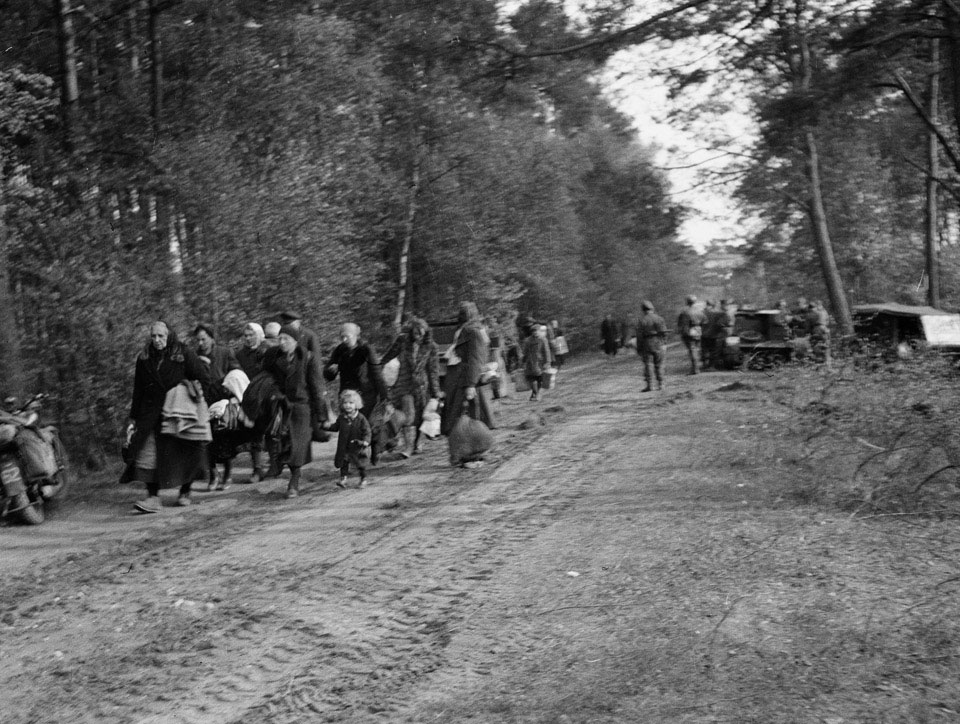 At the end of the war, the western Allies also had to deal with millions of German refugees. Many were from Germany's eastern provinces and had fled the vengeful Red Army, or were ethnic Germans forcibly expelled from countries like Poland and Czechoslovakia.

Due to its location on the Baltic, the British occupation zone received a great number of German refugees who had come by sea. This made the existing accommodation shortage even worse and also caused a reduction in the food ration in early 1946.

Eventually, most German refugees obtained accommodation and work as the economy recovered. The Germans expelled from Eastern European countries were assimilated by being granted German citizenship.