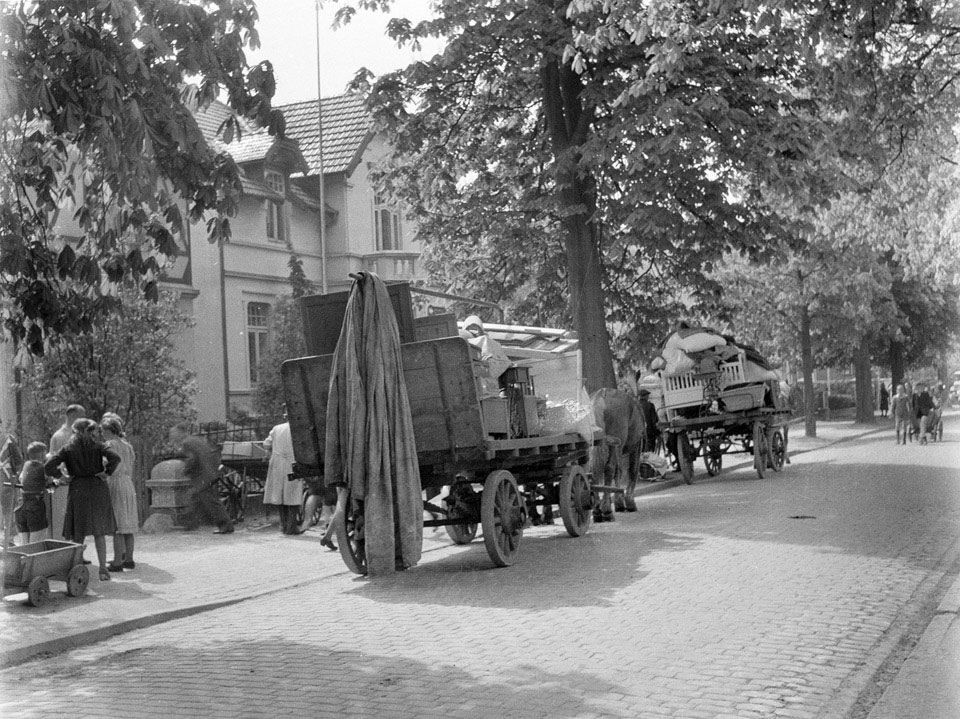 Civilians evacuating their houses in Elmshorn, May 1945

German civilians evacuate their homes to make way for British soldiers, including the 3rd/4th County of London Yeomanry (Sharpshooters). The latter were billeted in Elmshorn after advancing across northern Germany with the British 2nd Army.