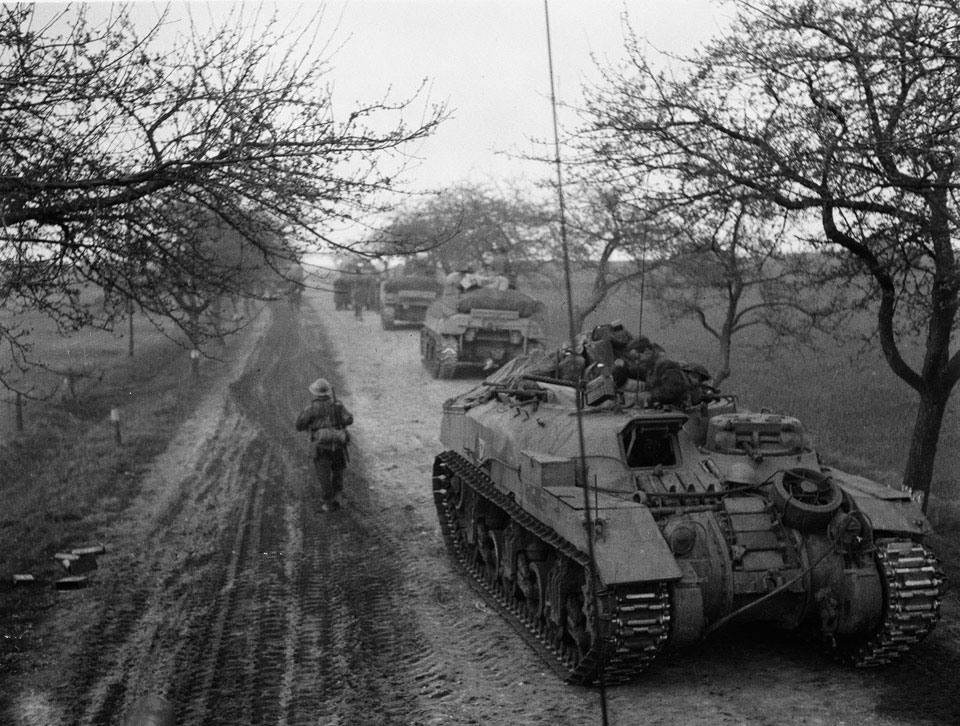 Kangaroo transporters bringing back the wounded from Voltage, Germany, April 1945

'C' Squadron of 3rd/4th County of London had accompanied a detachment from the 5th King's Own Scottish Borderers (travelling in Kangaroo APCs) into the village where they came under panzerfaust attack. The squadron shelled the village, which was also strafed by rocket-firing Typhoons, and the defenders quickly surrendered.