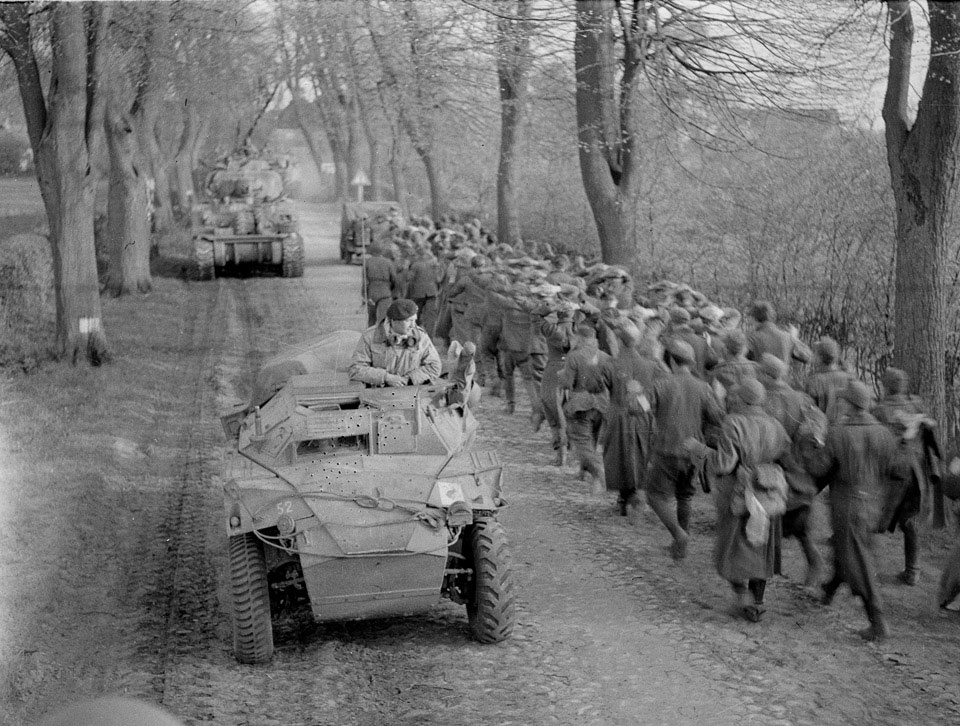 Passing German prisoners of war when moving up to the Aller, Germany, April 1945

Scout cars and tanks of 3rd/4th County of London Yeomanry pass a column of POWs as they advance into Lower Saxony. Thousands of German soldiers were fleeing the advancing Red Army and were eager to move west and surrender to the Allies.