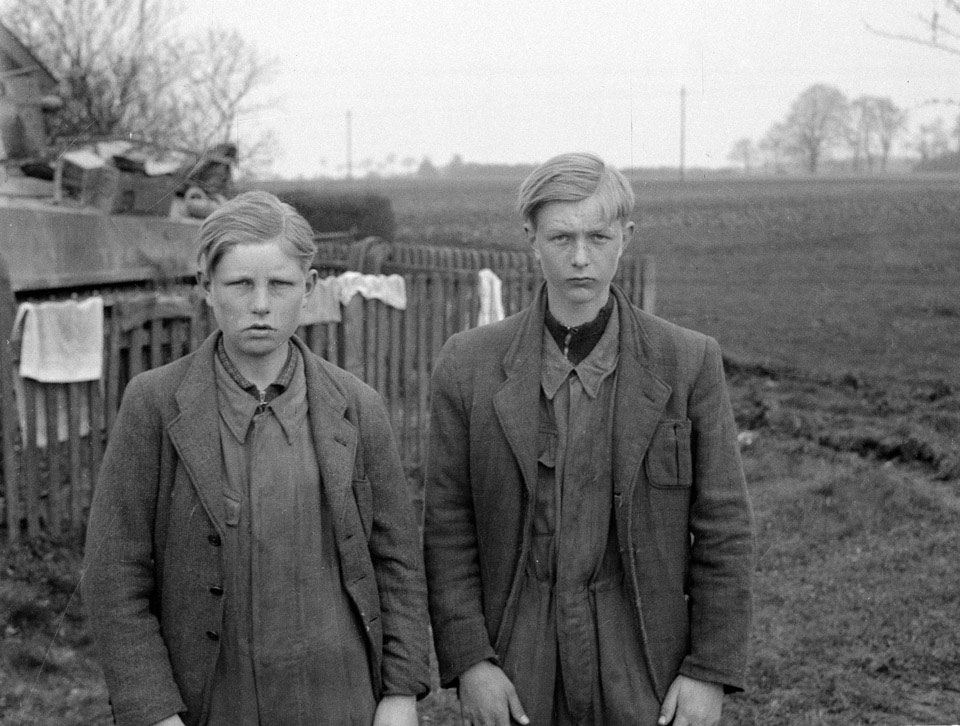 'Two Werewolves picked up at Asendorf', 1945

The 'Werwolf' plan was a last-ditch Nazi resistance effort aimed at encouraging acts of sabotage and reprisals against collaborators in the areas occupied by the Allies. Although the Allies took the threat very seriously it achieved little. It was however a useful propaganda device that helped convince the regime's most ardent supporters to carry on fighting.