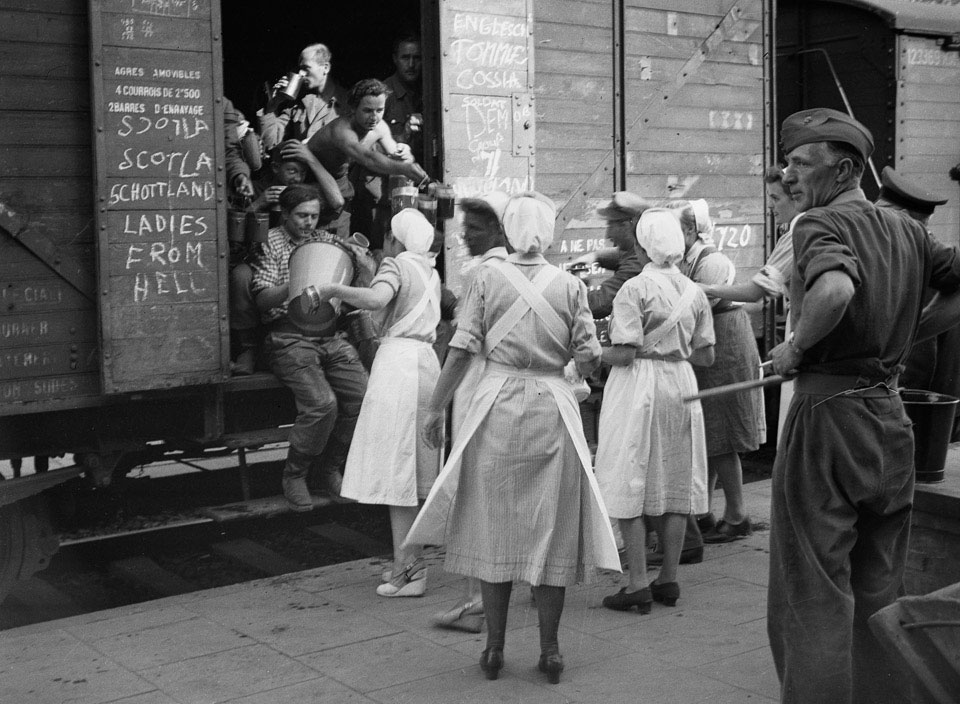 German soldiers are loaded into the cars of a train. In the weeks and months after the end of the war in May 1945 thousands of demobilised soldiers, displaced persons, slave labourers and refugees were on the move across war-ravaged Europe.