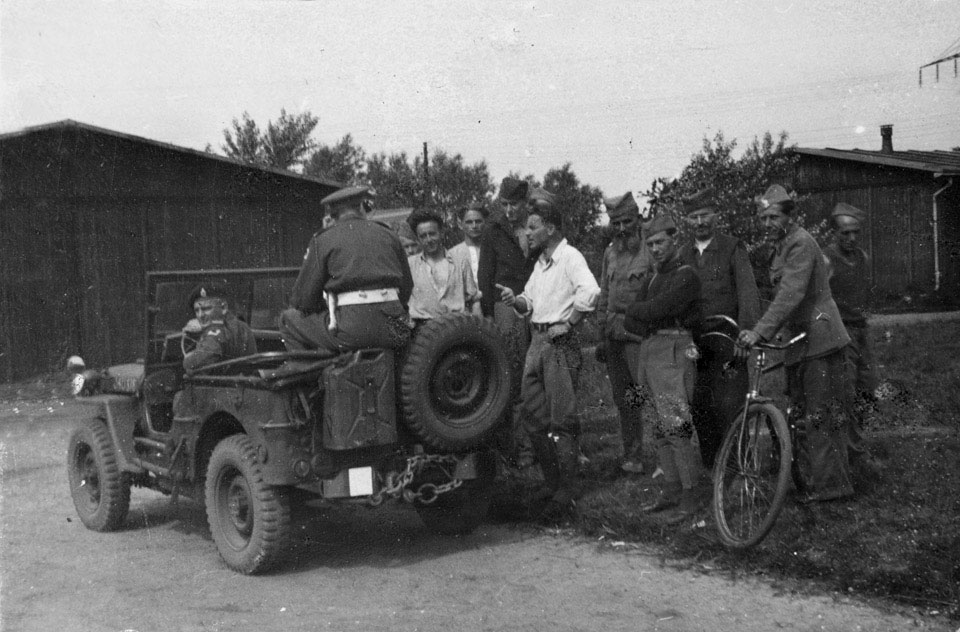 Lieutenant Woollacott with Trooper Mitchell during their daily rounds of one of the Yugoslav camps at Elmshorn, 1945

A jeep from the 3rd/4th County of London Yeomanry (Sharpshooters) stops at a Prisoner of War and Displaced Persons camp at Elshorn in Schleswig-Holstein. The regiment had arrived at the town on 10 May 1945 as part of the Army of Occupation.