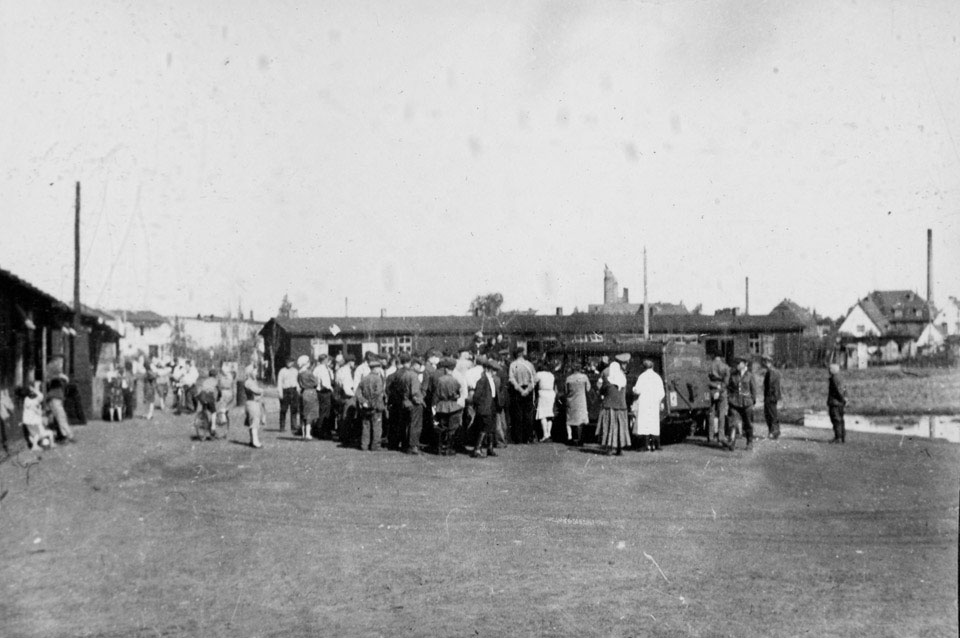 At the end of the war, the Allies had to deal with millions of displaced persons (DPs). These included former concentration camp inmates and forced labourers taken from their homelands by the Nazis to work in Germany. In this image, soldiers from 21st Army Group visit recently liberated Soviet citizens at a temporary camp in the British occupation zone.