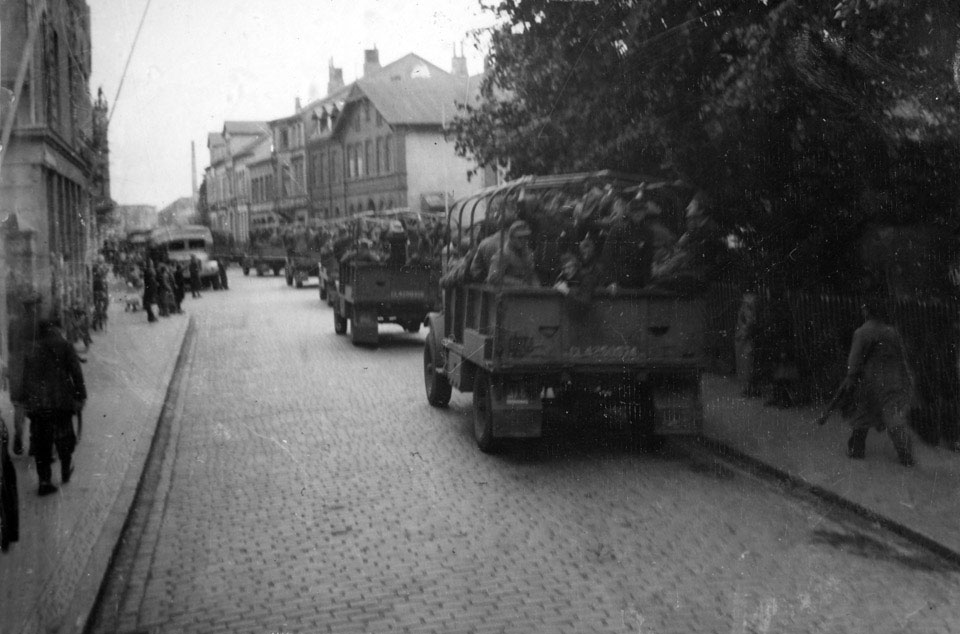 Operation BARLEYCORN, masterminded by Major General Gerald Templer, saw thousands of the former German POWs who had been captured and detained in the British Zone released between June and September 1945, in order to work the land and bring in the harvest.

This photograph shows a number of vehicles carrying soldiers down a street in Elmshorn in Schleswig-Holstein in Northern Germany.