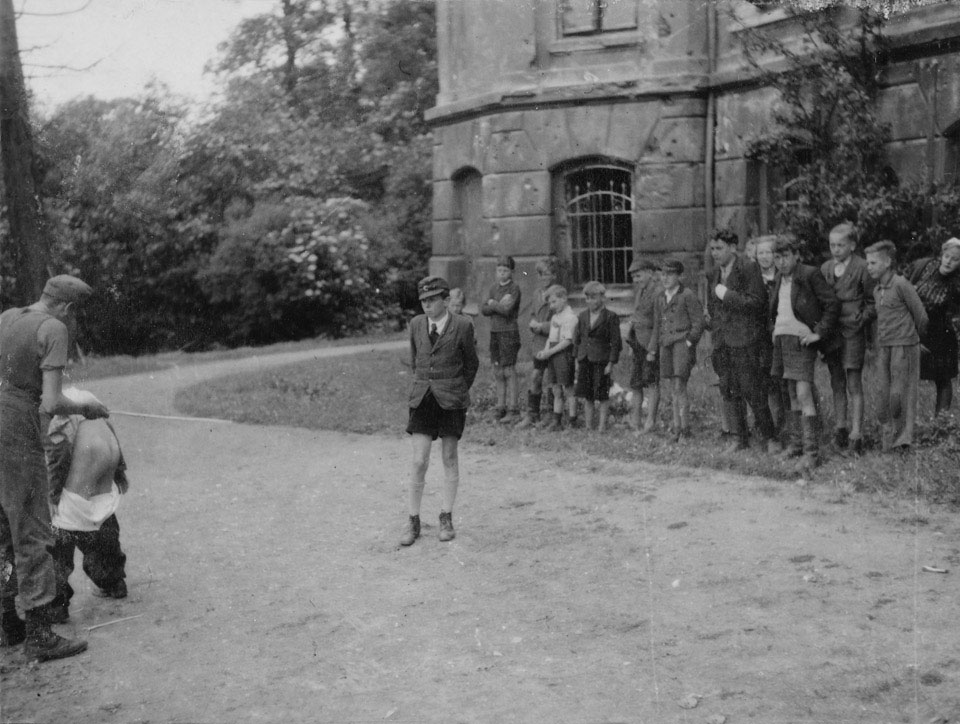 German youths being beaten for stealing from British troops, 1945

With agriculture and industry in ruins after the war, the population of the British occupation zone of Germany experienced food shortages and rationing for several years. Although the Control Commission mobilised ex-soldiers and civilians to bring in harvests and restart industry, life only improved for most following the creation of West Germany and its subsequent economic revival in the early 1950s. Until then, people had to get what they could, sometimes via the black market or by obtaining food and supplies from the military illegally.