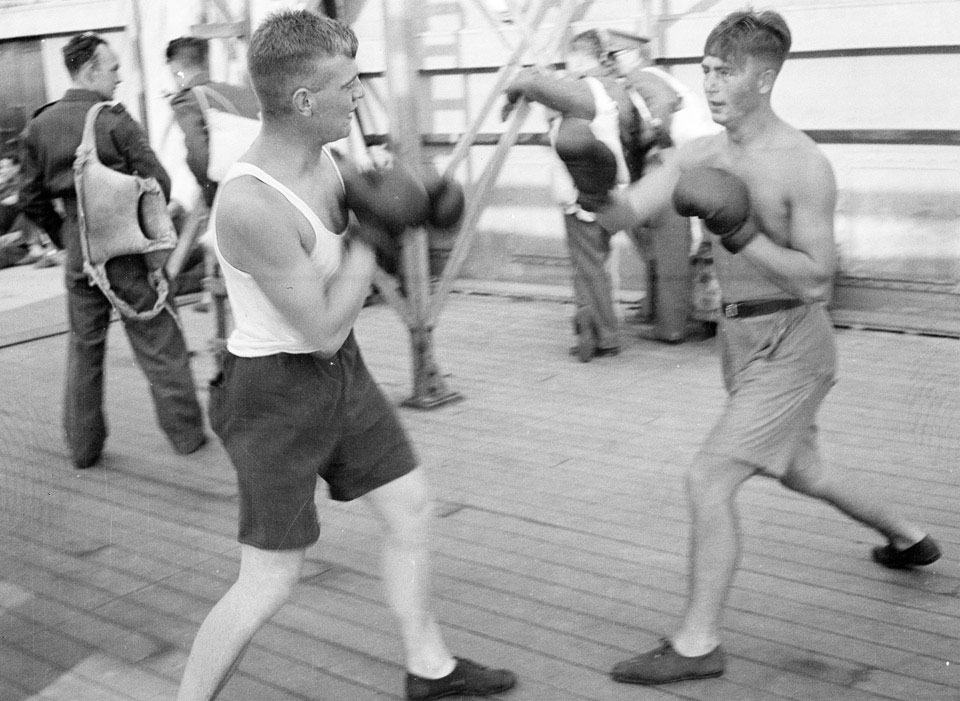 According to the Sharpshooters' war diary, 40 officers and 603 other ranks of the 3rd County of London Yeomanry (Sharpshooters) embarked on the Orion at Avonmouth on 14 August 1941. The troopship sailed for the Middle East the next day. British forces travelling to Egypt avoided the Mediterranean Sea because of the threat from German and Italian forces. The Sharpshooters' route included stops at Freetown in Sierra Leone and Cape Town in South Africa, then on to Aden and then up to Egypt.

Corporal Michael Carter fought through the campaigns in North Africa and Sicily but his luck ran out near Termoli on mainland Italy. On 6 October 1943 the Sherman tank he was commanding was knocked out and Michael died of the wounds he received, aged just 20. Two other members of the crew were killed in the action. The Commonwealth War Graves Commission records Carter's burial at the Bari War Cemetery.