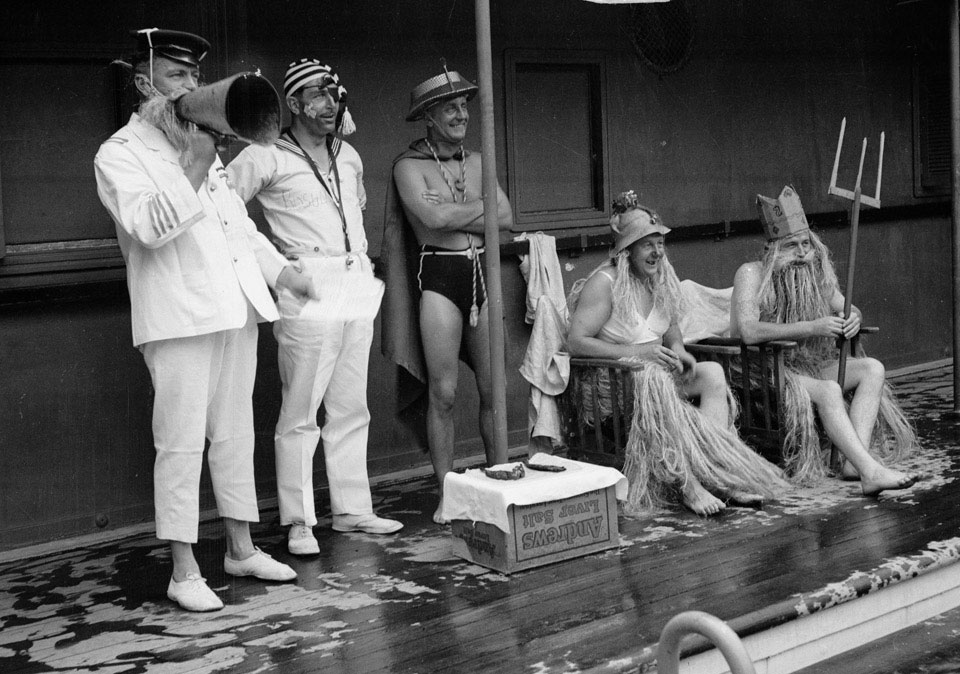 'Crossing the Line' is a naval initiation ceremony for sailors and passengers crossing the Equator for the first time.