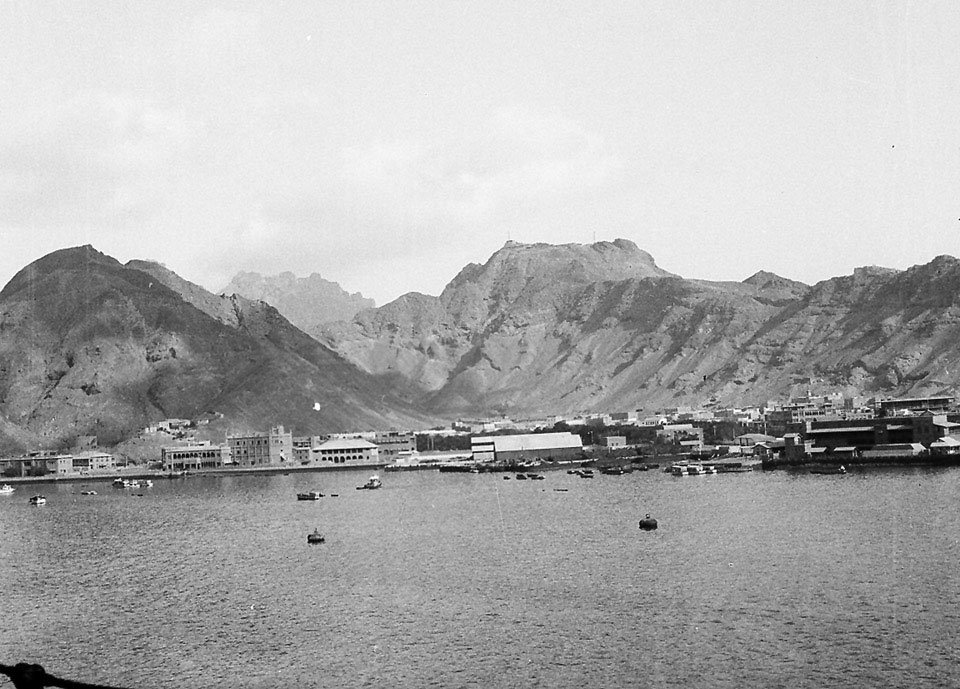 'The Settlement Aden', from HMT Orion en route to Egypt, 1941

Aden, commanding the entrance to the Red Sea, was an important British air and naval base on the route to India and had been occupied since 1839.

According to the Sharpshooters' war diary, 40 officers and 603 other ranks of the 3rd County of London Yeomanry embarked on the Orion at Avonmouth on 14 August 1941. The troopship sailed for the Middle East the next day. British forces travelling to Egypt avoided the Mediterranean Sea because of the threat from German and Italian forces.

The Sharpshooters' route included stops at Freetown in Sierra Leone and Cape Town in South Africa, then on to Aden and then up to Egypt. She arrived at Aden on 26 September 1941 and left early on the morning of the 26th.