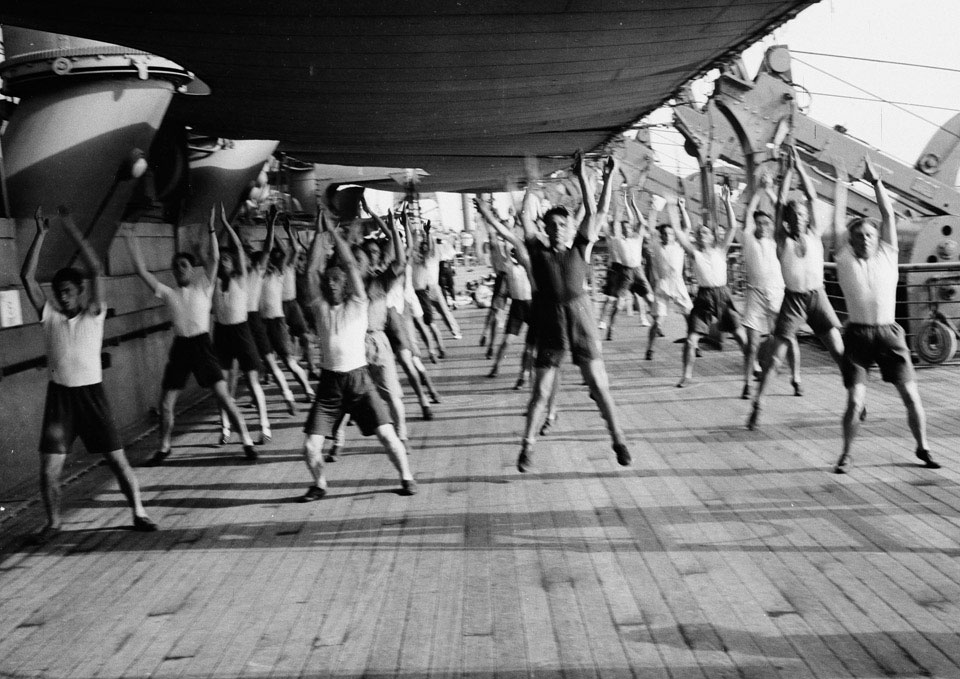 Soldiers undertaking physical training on the deck of the HMT Orion.