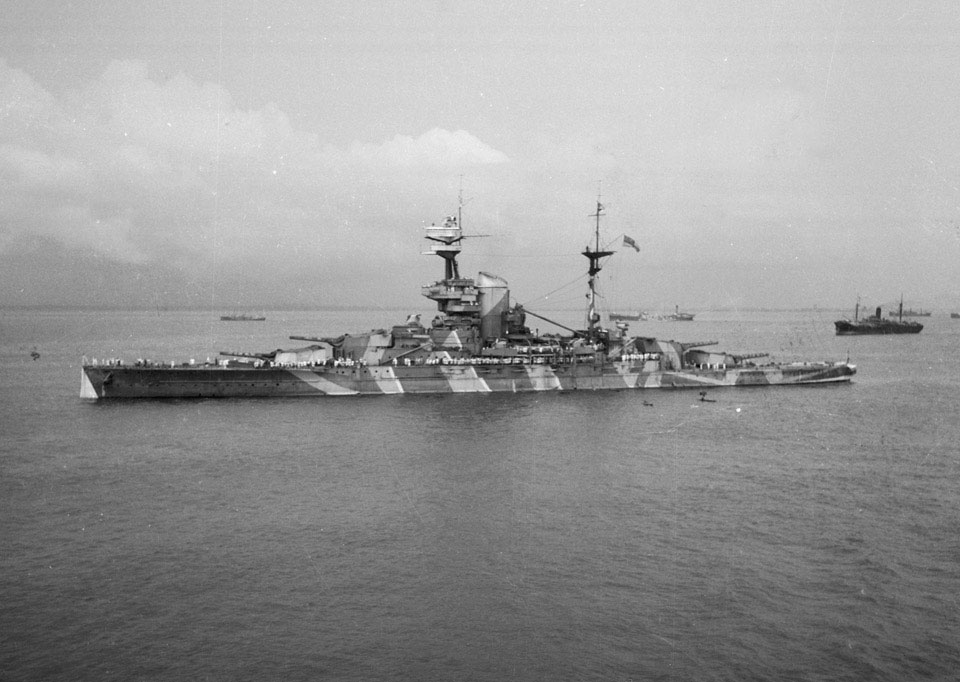 The battleship HMS Revenge was launched in May 1915. A veteran of the Battle of Jutland, she was still in service when World War Two broke out. Revenge undertook convoy escort duties in the South Atlantic and was then sent to the Indian Ocean. En route, she arrived at Freetown on 31 August 1941, to pick up and escort the convoy which the HMT Orion formed part of.

On the 2 September 1941 the Orion collided with the Revenge. The Orion suffered considerable damage to her bow which slowed the convoy's progress. She was patched up at Cape Town but had to wait for the end of her onward voyage to Singapore for more permanent repairs.