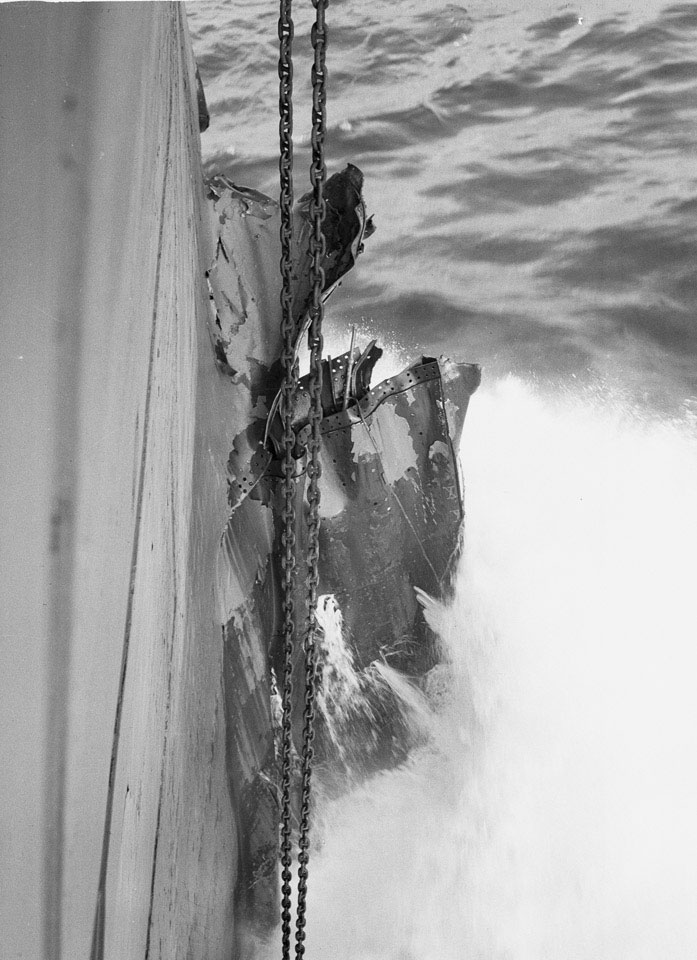 'Damaged bows of the Orion', 3rd County of London Yeomanry (Sharpshooters), on board HMT Orion, en route to Egypt, 1941

On the 2 September 1941 the Orion collided with HMS Revenge which joined the convoy at Freetown. The Orion suffered considerable damage to her bow which slowed the convoy's progress. She was patched up at Cape Town but had to wait for the end of her onward voyage to Singapore for more permanent repairs.