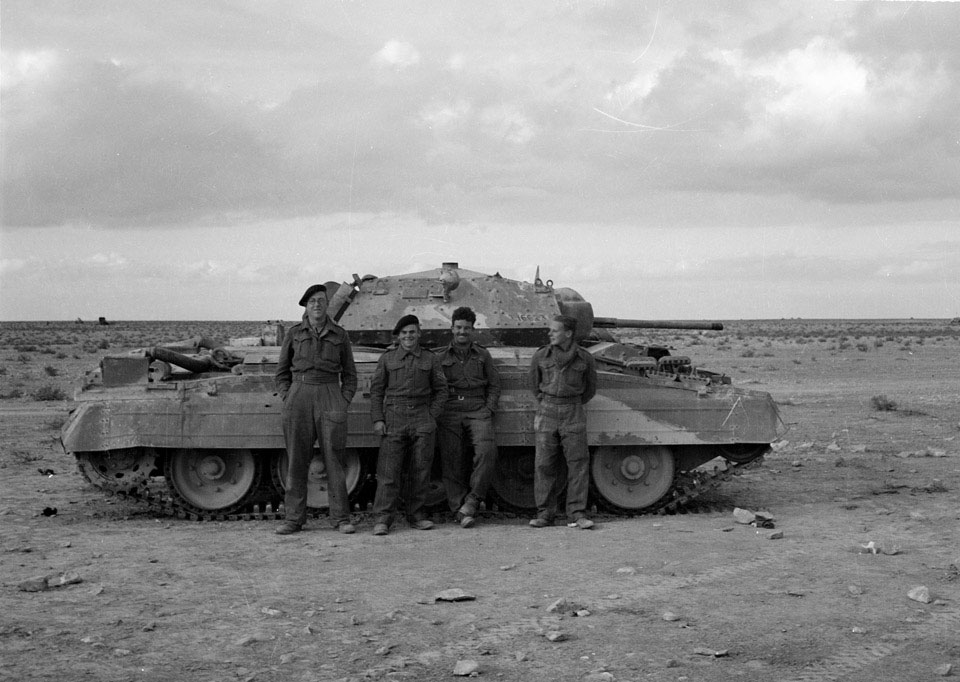 The Crusader tank is marked with the number 'T16623'. The crew are named as Geof Willis, Peter 'Pootle' Powell, Reg Humphries, and Ronnie Grant.

Lieutenant-Colonel George Geoffrey Lightly Willis (1908-1943), on the far left of this group, was awarded the Distinguished Service Order for his actions during Operation CRUSADER in North Africa. He eventually led the 3rd County of London Yeomanry (Sharpshooters) in North Africa and Sicily. He was killed on 17 July 1943, leading from the front, in the heavy fighting around the Primosole Bridge in Sicily. The Commonwealth War Graves Commission commemorates his death at the Catania War Cemetery, Sicily.