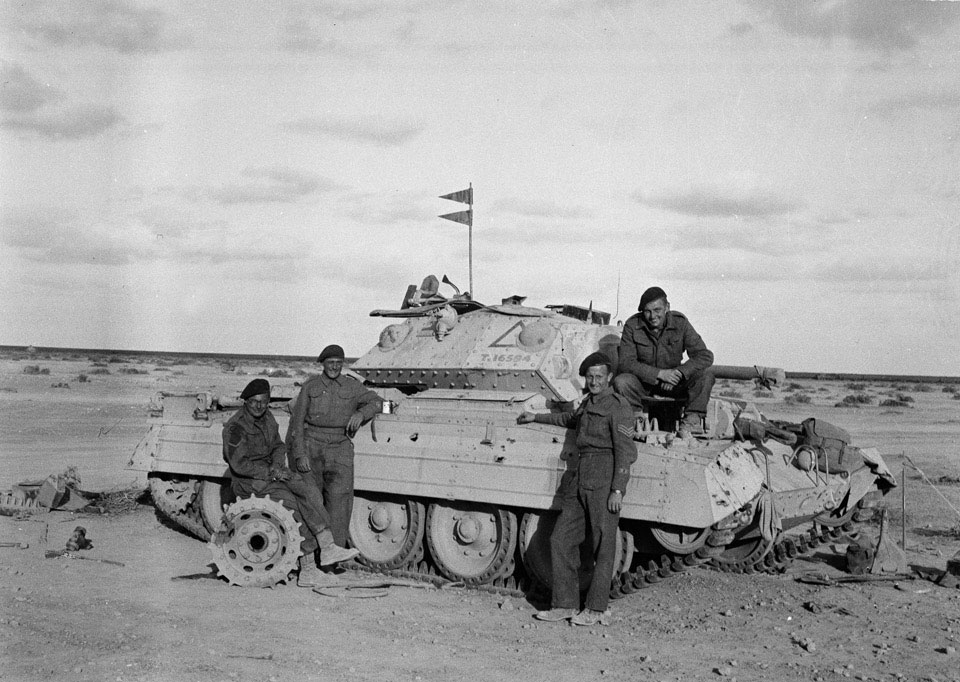 The Crusader tank is marked with the number 'T16594'. The crew are named as Bill Vokes, Freddie Crowley, Billie Palmer and Arthur Aldred.

The war diary of the Sharpshooters records Lieutenant William Henry Palmer's death on 17 July 1943 after heavy fighting around the Primosole Bridge over the Simeto RIver. During Operation FUSTIAN Allied airborne troops had attempted to capture the bridge and 3rd County of London Yeomanry (Sharpshooters) were involved in the supporting ground attack. The Commonwealth War Graves Commission records Palmer's grave at Catania War Cemetery, Sicily, but records the date of his death as 19 July 1943.