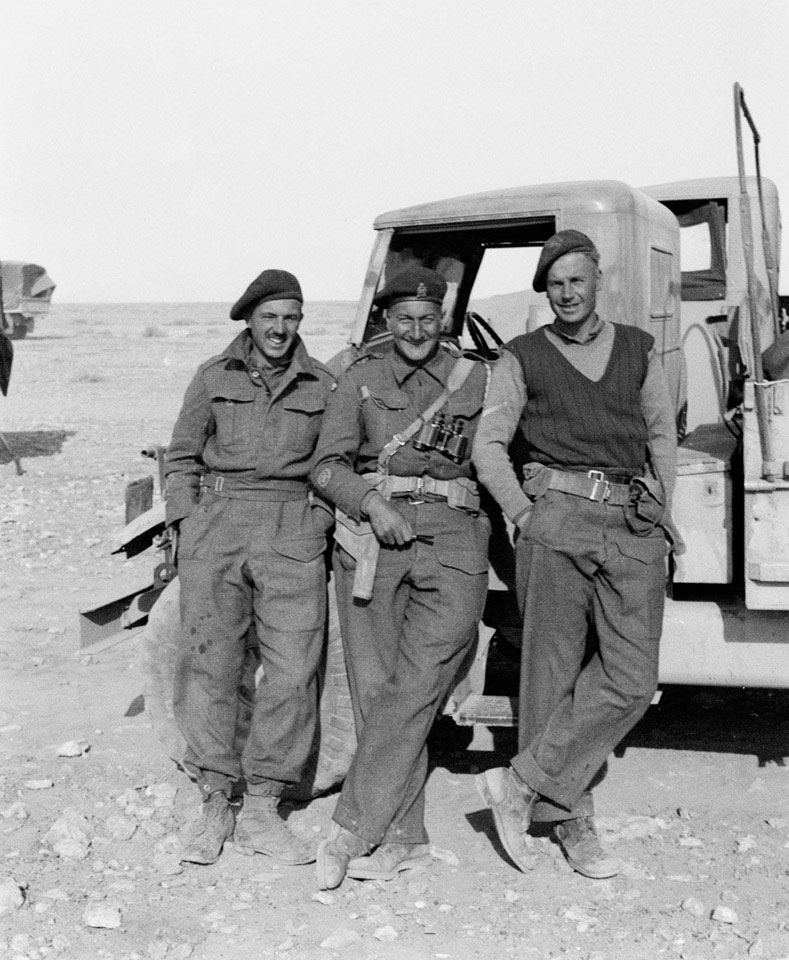 'Jimmy' Sale and two other British prisoners of war who escaped from captivity in the Libyan Desert during Operation CRUSADER, stand in front of a 15-cwt truck.

The party including Major Rich and the County of London Yeomanry were eventually rescued by Indian soldiers and returned to their brigade. Although not confirmed it appears that Sale was among those temporarily held prisoner by the Germans.