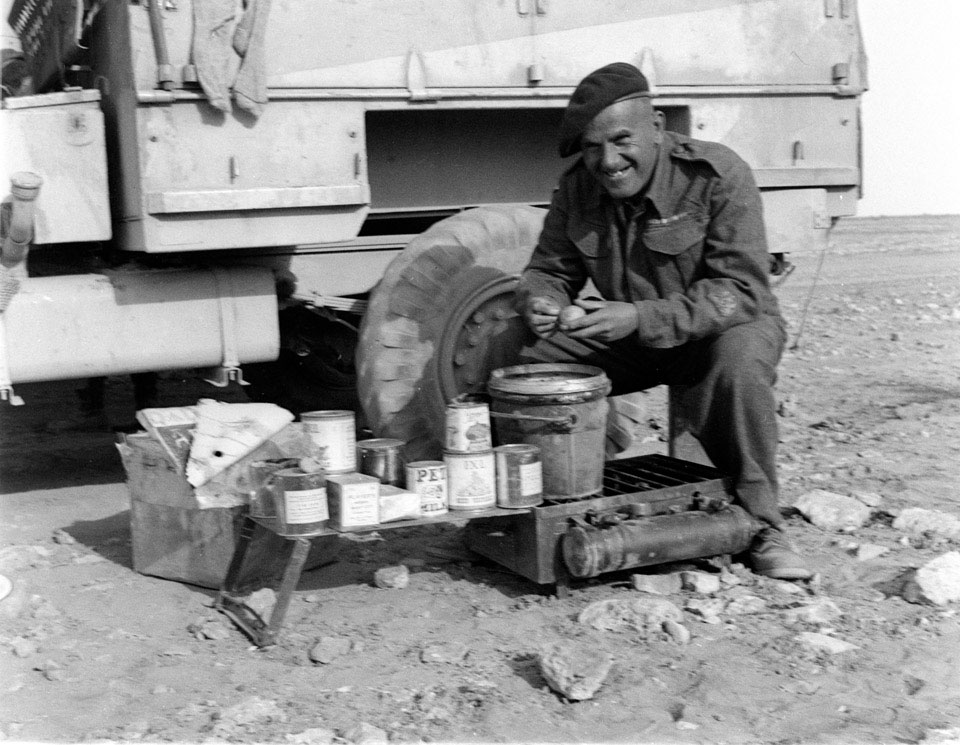 A sub-conductor was a warrant officer class one. Mayland would have been responsible for the transport of supplies and ammunition to the armoured units his men served with. He is using a No 3 double burner stove in front of a 15-cwt truck painted in the discontinued Caunter camouflage pattern. The rations displayed to the left of the stove include a can of 'Pet Evaporated Milk' and a pack of 'Arnott's Famous Biscuits'.

The photograph was probably taken soon after the return of a number of soldiers from the Echelon elements of 3rd and 4th County of London Yeomanry (Sharpshooters) were temporarily captured by the Germans during Operation CRUSADER in November 1941.