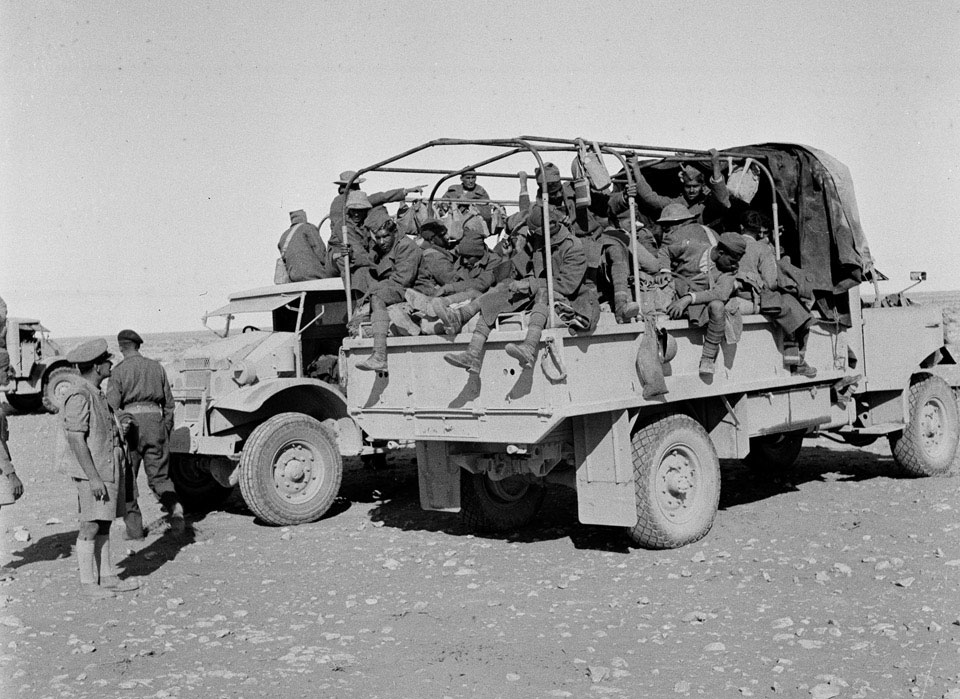 A truck carries tired Indian soldiers to the rear areas after a stint of heavy fighting against the Axis forces in North Africa. 4th Indian Division were a mainstay of the British 8th Army during the campaign.