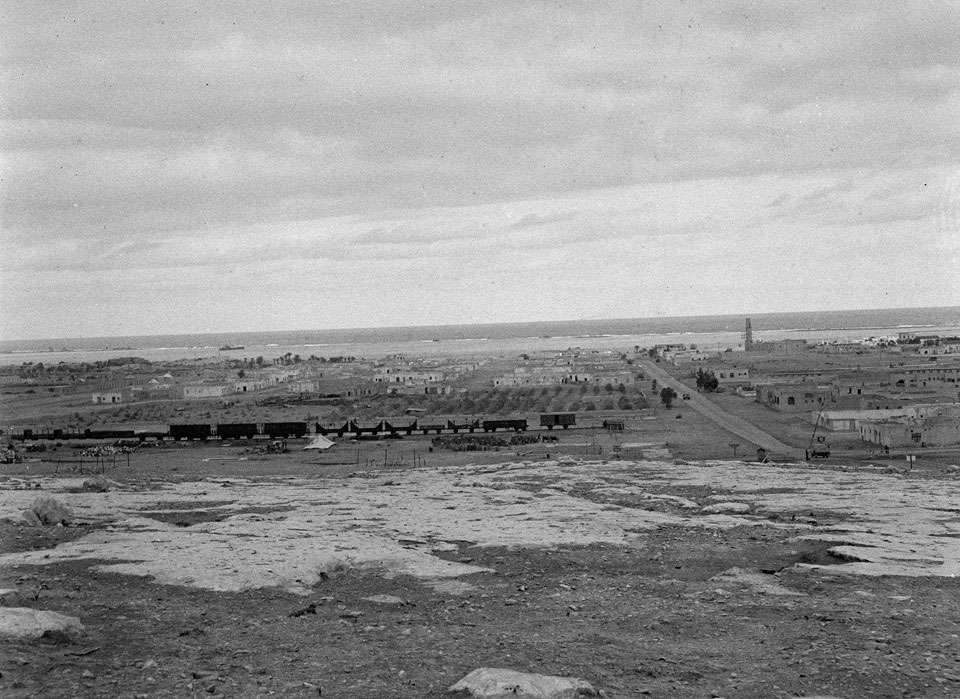 Mersa Matruh is a port on the coast of Egypt. It was a fortified base for British and Commonwealth forces in 1942, connected by railway to Alexandria, 240 km to the east. In June 1942 German forces launched a successful assault that captured the port. The 3rd County of London Yeomanry (Sharpshooters), mauled in the Battle of Gazala which preceded the attack, had already been pulled back to an escarpment south of the town. Mersa Matruh was recaptured by Allied forces in November 1942.

The railhead at Mersa Matruh can be seen in the centre of this photograph.