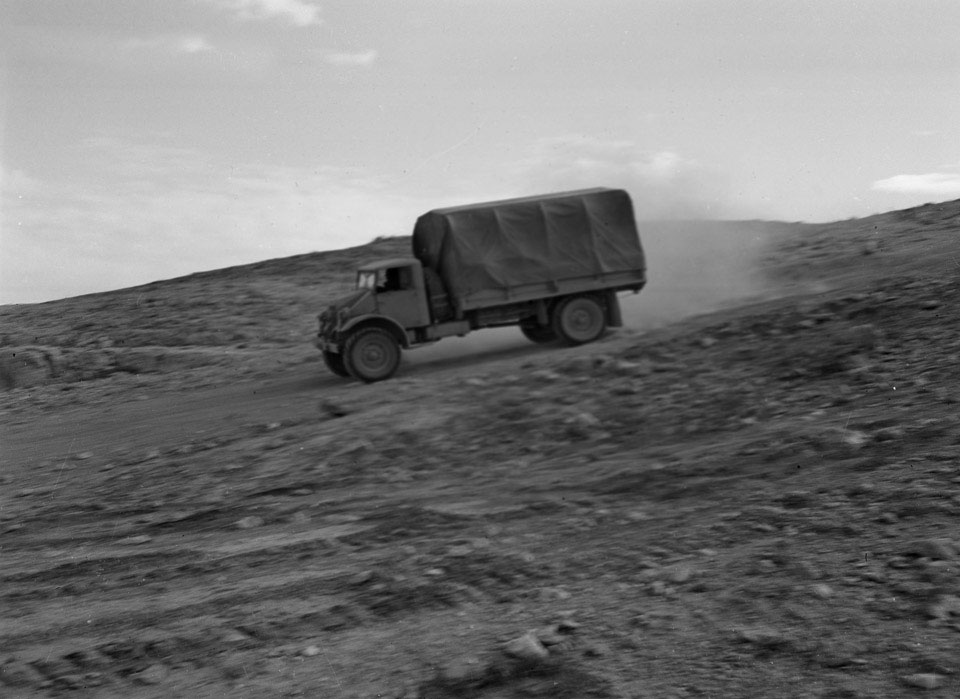 The County of London Yeomanry regiments each had two echelon or supply units, known as 'A' and 'B' Echelons, which were vital for the tanks of the units to operate. The vehicles of these units were hampered by the challenging terrain, dust and sand storms as well as the confusion and fluidity of desert warfare.