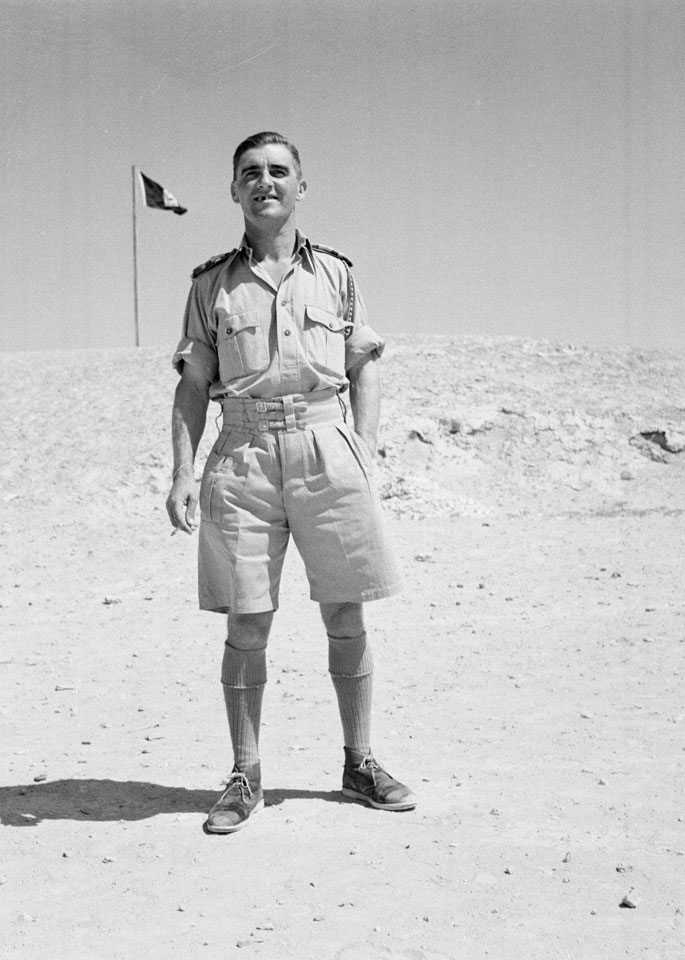 Lieutenant M W C Andrews was a quartermaster with 3rd County of London Yeomanry (Sharpshooters) during the North African campaign. He was in a group of Echelon troops that was captured by the Germans during Operation CRUSADER in November 1941. The prisoners of war were driven off in lorries and unceremoniously dumped at a desert camp with just two guards. The captives quickly persuaded their captors to surrender and Andrews and his comrades managed to return to their unit.