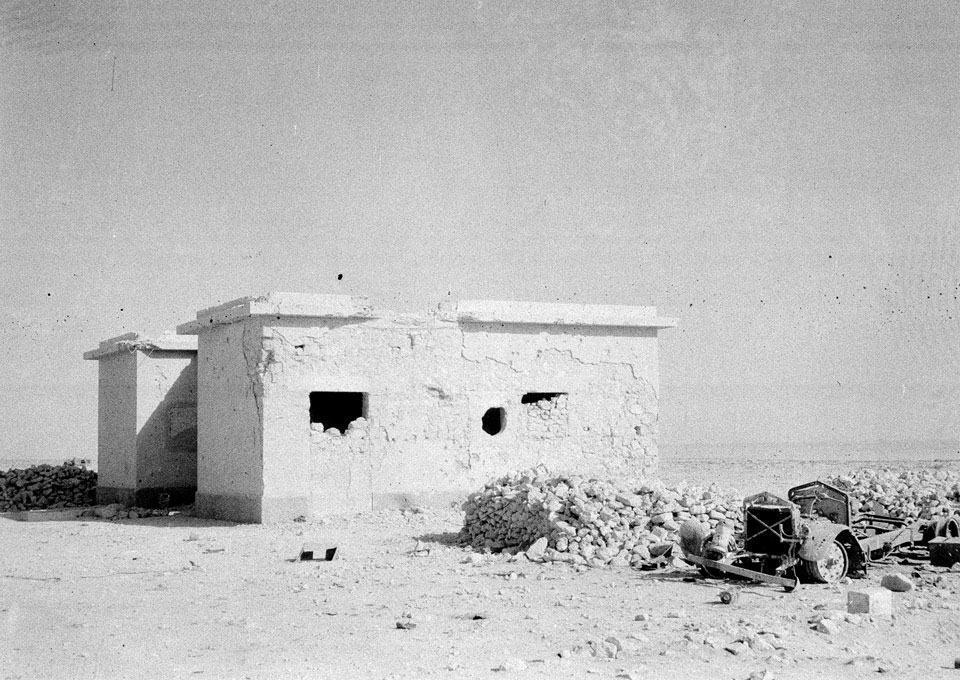 Sidi Rezegh was an important objective in Operation CRUSADER in November 1941. The town had an airfield and a nearby ridge overlooked the Trigh Capuzzo highway and the Axis forces besieging Tobruk. The Germans, when they realised that the Allied operation was not just a reconnaissance but a full-scale offensive, began to manoeuvre their forces. The 15th and 21st Panzer Divisions advanced towards Sidi Rezegh on the night of the 20 November and engaged Allied troops there.

On 21 November 1941 the Sharpshooters advanced on Sidi Rezegh and found the airstrip and surrounding desert littered with wrecked aircraft and burning tanks and vehicles. For the first time the Sharpshooters encountered German Mark III and Mark IV tanks which outgunned and outranged their A15 Crusader tanks. As with earlier encounters with the Italians the British tank crews again fell victim to accurate anti-tank fire from the towed and self-propelled guns that worked in support of the German battle tanks.