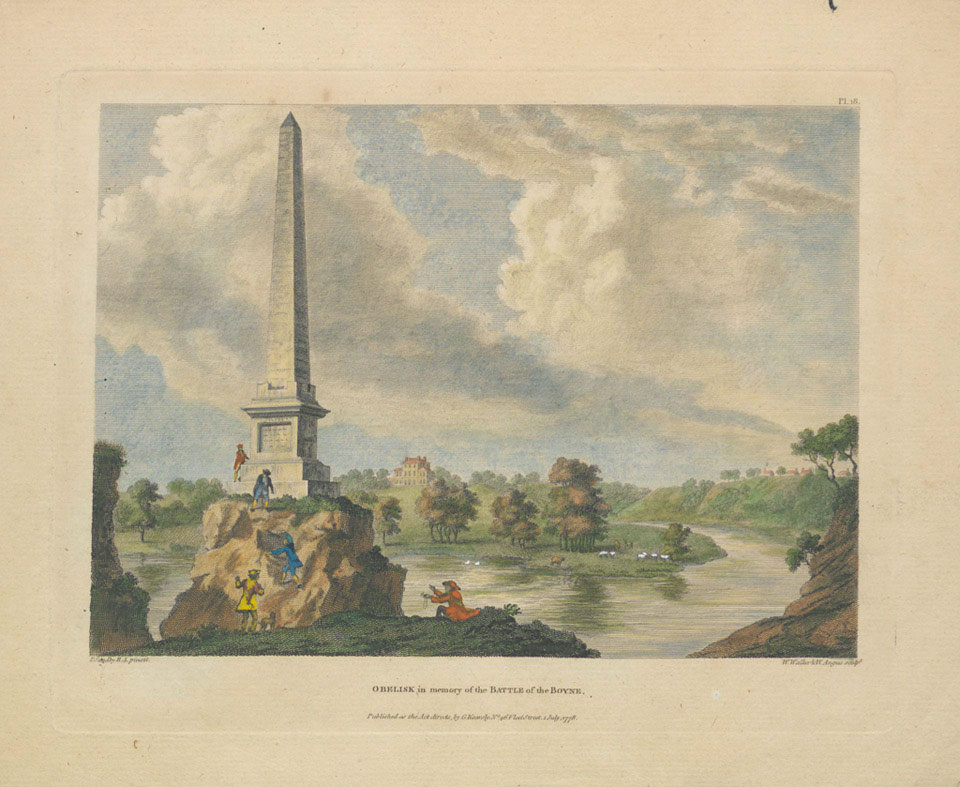 Obelisk in memory of the Battle of the Boyne, 1690

The Boyne Obelisk was erected in 1738 to commemorate King William III's victory over James II at the Battle of the Boyne on 1 July 1690. The obelisk was built at Oldbridge near to the place where William's men mounted their main attack and on the spot where William himself had been wounded by a cannon ball whist surveying the battlefield the day before. It stood 53 metres tall and was the tallest structure in Ireland at the time of its construction. An obvious target for Irish nationalists, the monument was destroyed by explosives in 1923.