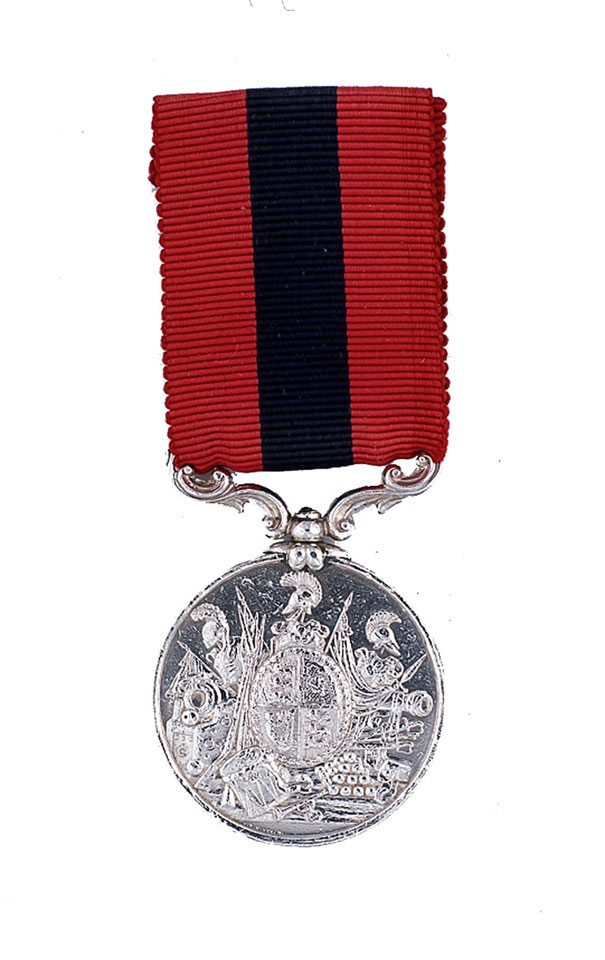 Circular, silver medal with, on the obverse, a trophy of arms, designed by Benedetto Pistrucci. On the reverse, the inscription, 'For Distinguished Conduct in the Field'. The edge is inscribed with the recipient's rank and name, 'Color Serjt John Brophy'. The dark crimson ribbon has a central navy blue vertical stripe.

The Distinguished Conduct Medal was established in 1854 and could only be awarded to warrant officers, non-commissioned officers and other ranks. It was second only in ranking to the Victoria Cross. The award was discontinued in 1993 and replaced by the Conspicuous Gallantry Cross.

Brophy received the Distinguished Conduct Medal for his bravery at the Battle of Inkerman (1854) during the Crimean War (1854-1856). 12 years later, when he was a lieutenant with the 3rd Royal Lancashire Militia, he unsuccessfully petitioned the Commander-in-Chief, the Duke of Cambridge, for the retrospective award of the Victoria Cross, believing that his act of gallantry warranted an upgrade to the more prestigious award.